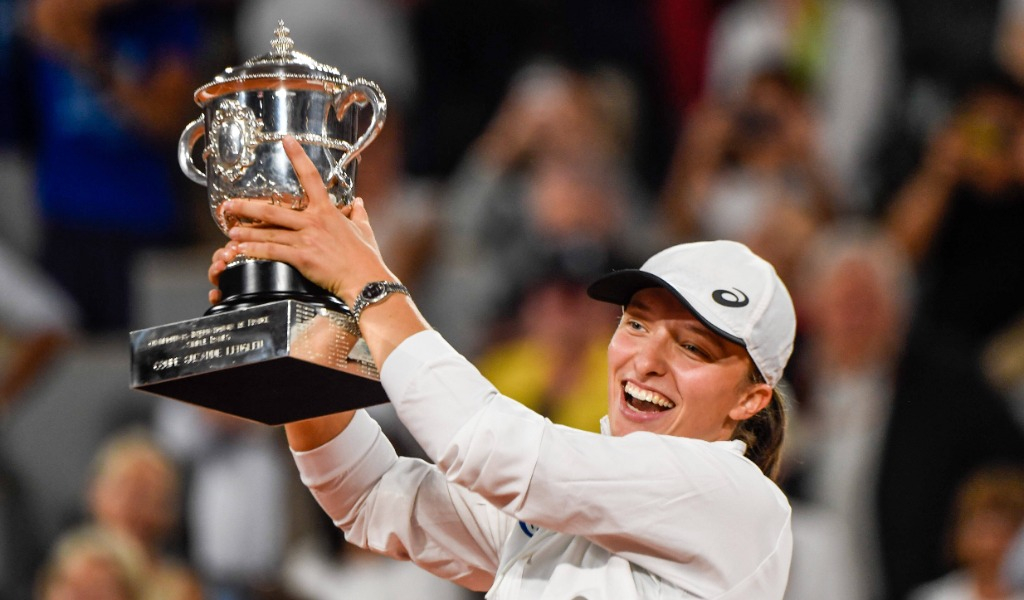 Swiatek has 8,631 WTA Rankings points to her name with World No 2 Anett Kontaveit in possession of just 4,305.

The 21-year-old Pole won her sixth consecutive title this season at Roland Garros.

The incredible lead is down to both the astonishing form Swiatek has been enjoying in 2022 and the retirement of former World No 1 Ashleigh Barty with a stack of active points.

Kontaveit has almost by default risen to a career-high World No 2 ranking despite a first round exit at the French Open.

The WTA Rankings’ top five is rounded out by Paula Badosa, Ons Jabeur – at a career-high of No 4 and Maria Sakkari.

Jessica Pegula breaks into the Top 10 this week, coming in at No 8 and overtaking compatriot Danielle Collins (No 9) as the top-ranked American.

British No 1 Emma Raducanu moves up one place to 11th in the WTA Rankings.

Coco Gauff bursts into the top 20 after her maiden Grand Slam final jumping ten spots from 23rd to 13th in the latest update.

Italy’s Martina Trevisan is the biggest climber in the top 100 of the WTA Rankings this week. Trevisan rises from 59th to World No 27 after her run to the last four at Roland Garros.

Trevisan had been ranked 85th in the world last month but a maiden title in Rabat the week before the French Open and her brilliant run in Paris has left her on the cusp of becoming Italy’s top-ranked woman.

China’s Zheng Qinwen leaps up 20 spots this week, to reach a career-high 54th, having made the last 16 at Roland Garros in her second Grand Slam appearance.

French Open wildcard Leolia Jeanjean moves up 78 positions in the rankings to No 149 after reaching the third round in her Grand Slam debut.

Roland Garros disappointment opened the door for Jule Niemeier to claim the biggest title of her career last week at the WTA 125 tournament staged in Makarska, Croatia. She returns to the top 100 as a result coming in at World no 97.