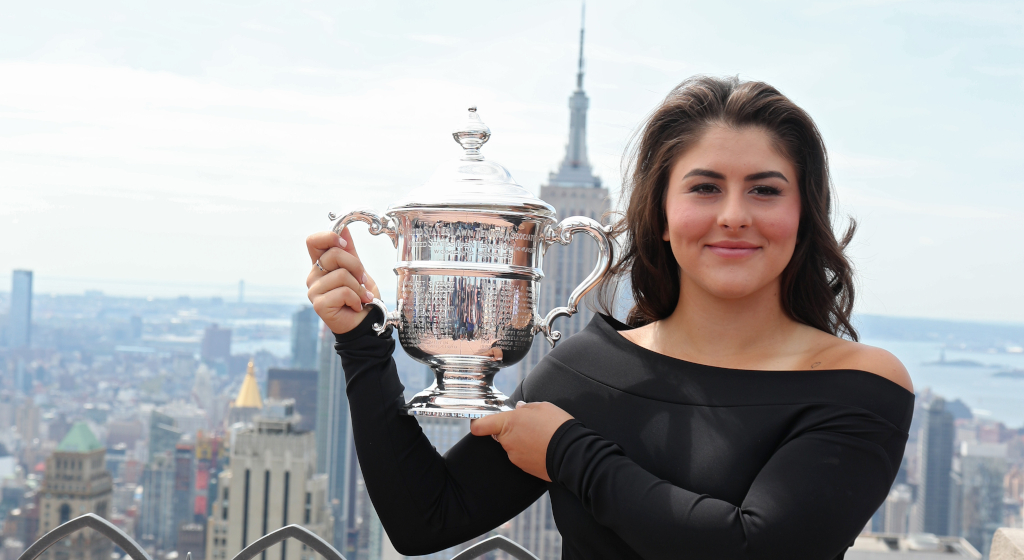 “Humble”, “appreciative” and “remarkable” are just some of the words that ice hockey great Wayne Gretzky used to describe fellow Canadian Bianca Andreescu, adding that she is a “hero in our country for young kids”.

Andreescu made a meteoric rise in 2019 as she won her maiden WTA Tour title at the Indian Wells Masters in March and in August she became the first Canadian in 50 years to win the Rogers Cup.

Bigger and better things were still to come as in September she became the first Canadian to win a Grand Slam singles title when she beat Serena Williams in straight sets in the US Open final.

Four-time Stanley Cup champion Gretzky, rated by many as the greatest ice hockey player of all time, has been impressed by the 19-year-old Andreescu.

“I remember watching her first match [at Indian Wells] and thinking that’s one of the hardest working athletes I’ve ever seen in my life,” he told NBA star Steve Nash and co-host Vasek Pospisil on Tennis United.

“She went on to win the tournament and then, at the US Open, to play in front of all those fans and everyone cheering the American girl – and one of the greatest athletes of all time – was pretty special. My hat goes off to her for how she handled herself and how she handled the pressure.”

He added: “The thing that impressed me most about her – and I’ve said this to a lot of people – is not how good she is or how hard she works but how she handles herself with the media. She handled herself with such poise, she was so humble, so appreciative.

“I don’t think we could have a better hero in our country for young kids. She’s truly remarkable and deserves all the credit she’s getting.”