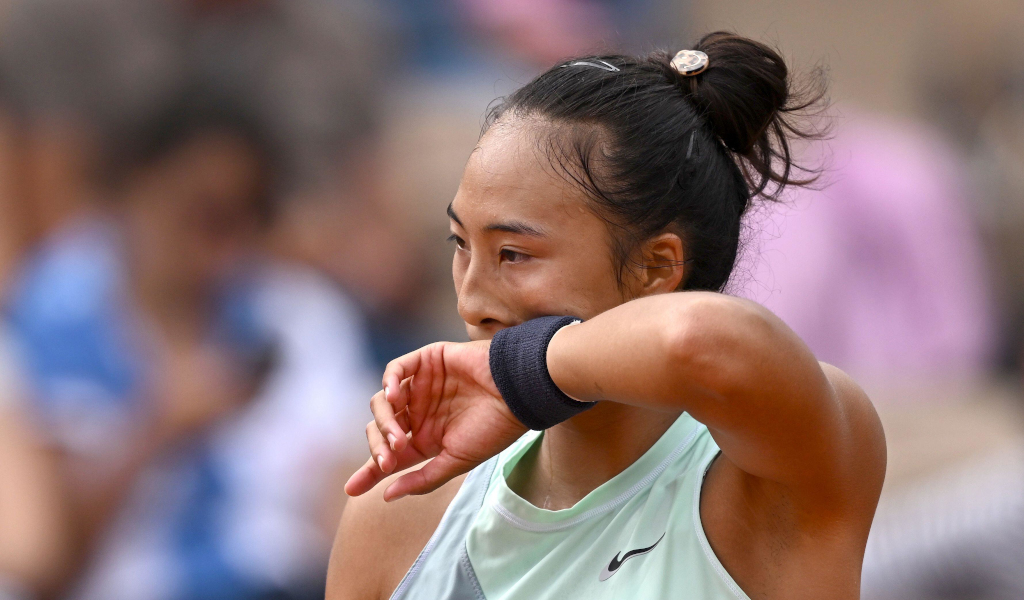 The 19-year-old had knocked top seed Paula Badosa out of the WTA 250 tourney earlier this week in Tokyo to highlight her rich potential, and she will now face Russia’s Liudmila Samsonova in the final on Sunday.

Unseeded Zheng was ranked outside the top 150 in the world this time last year but she has been on a tear in 2022 and has since risen to 36 and has made the tennis world sit up and take notice with a string of impressive performances.

Zheng savoured the “incredible” experience of reaching a WTA Tour final after finishing off Russia’s fourth-seeded Kudermetova in an epic battle that took over three hours to complet and has now set her sights on making a fast start against Samsonova in the final to stave off the yips.

“To be aggressive is always my first target,” said Zheng, who was impressive in taking a set off World No 1 and eventual champion Iga Swiatek in the last 16 at this year’s French Open.

“When I have a chance, I have to step forward and try to be more aggressive because from the few losses I had the last time, that’s my weakest part.”

Zheng would throww away a leading position on saturday afternoon losing the first set in the end but fighting back to take the match all the way to the wire and eventually outlast her opponent.

The rising Chinese star had to wait to complete her win while Kudermetova took a medical timeout with a decisive third set tiebreaker looming but Zheng held her nerve to claim the win.

“In that moment it doesn’t really matter because I know what I have to do, always,” she said.

“I cannot control what my opponent is doing. What I can do is to focus on me and use my next service game.”

Samsonova, who is also unseeded, surged into the final with a 7-6 (7/4), 6-2 victory over China’s Zhang Shuai and she is looking in good form too.

The 23-year-old has won the title at two of her last three tournaments and she was clinical as she dismantled Zheng’s compatriot in 90 minutes.

The young Russian won titles in Washington and Cleveland in August before losing to Australia’s Ajla Tomljanovic in the last 16 of the US Open.

“I’m trying to always have big motivation — I speak with my team to try every time to do a little bit better and a little bit more on something,” Samsonova said.