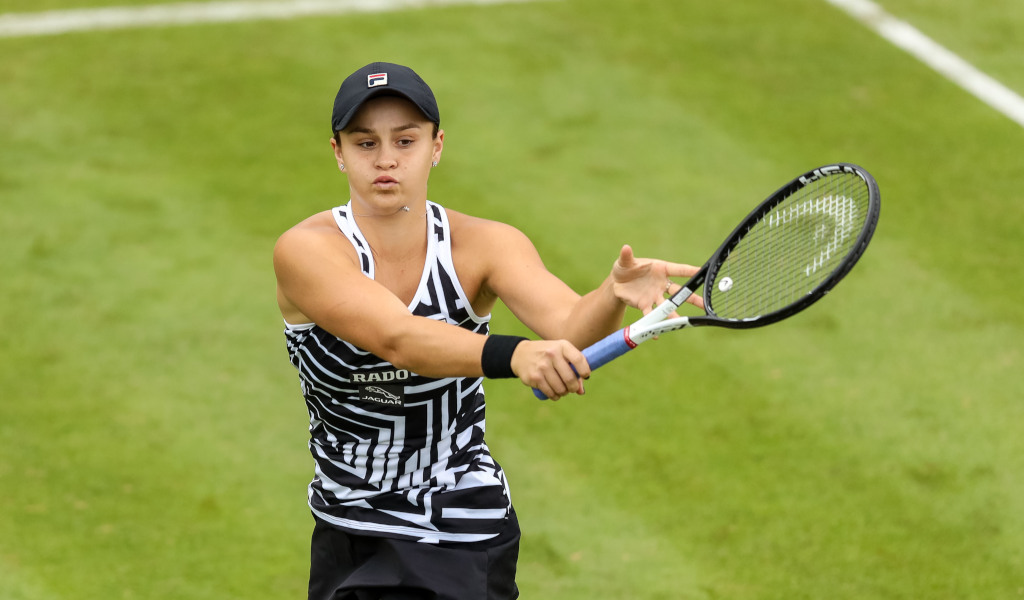 French Open champion Ashleigh Barty had no problems switching from clay to grass as she saw off Donna Vekic in her opener at the Nature Valley Classic.

Playing in her first match since winning her maiden Grand Slam, Barty held off the in-form Vekic, who finished runner-up in Nottingham on Sunday, with a 6-3, 6-4 victory.

She’s into the second round! 🚀@ashbar96 moves past Vekic 6-3, 6-4. #NatureValleyClassic pic.twitter.com/3fk6NMTyjV

“For me nothing changes,” Barty said. “It was an incredible fortnight of tennis that we had without a doubt and some of the best memories of my career will come from those two weeks.

“I feel like for me, if anything, it’s taken the pressure off. I can just go out and enjoy it, enjoy every single match. It is an opportunity to try and be better and really go out there and just have fun.”

She will face Jennifer Brady for a place in the quarter-final after the American beat Lesia Tsurenko 6-3, 6-3.

Johanna Konta, meanwhile, exited the Birmingham event in the second round as she went down 6-3, 6-4 against former French Open champion Jelena Ostapenko in one hour and 19 minutes.

Former world No 1 Venus Williams had no problems in her opening match as the 39-year-old secured a 6-3, 6-4 victory over Aliaksandra Sasnovich. She will face Wang Qiang from China in the second round.

In the battle of the Pliskova twins, it was Kristyna who came out on top as she beat the third-seeded Karolina 6-2, 3-6, 7-6 (9-7) to claim her first-ever win over a top five player.