Serena loses to Venus in Indian Wells battle of the Williams’ 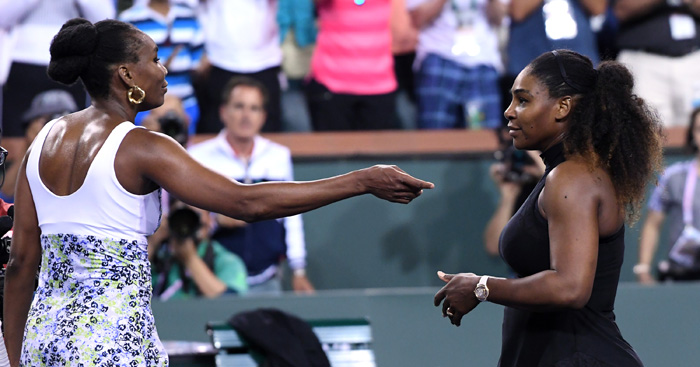 Serena Williams has crashed out of Indian Wells after losing 6-3 6-4 to sister Venus.

Serena was playing in her first tournament since giving birth last September and faced her sister for the 29th time, with Venus winning all but four of their meetings.

Serena was forced to save three break points to hold her first service game but subsequently lost her third to love as Venus took a 4-2 lead before serving the set.

Venus then dominated the second set too, despite suffering a late break of her own, to seal what was in reality a fairly comfortable and routine win.

The number eight seed will go on to face Latvian Anastasija Sevastova in the fourth round, who beat Julia Goerges in straight sets 6-3 6-3.

Second seed and Australian Open champion Caroline Wozniacki is through to the fourth round after seeing off Aliaksandra Sasnovich 6-4 2-6 6-3, while US Open champion Sloane Stephens lost to Daria Kasatkina 6-4 6-3.