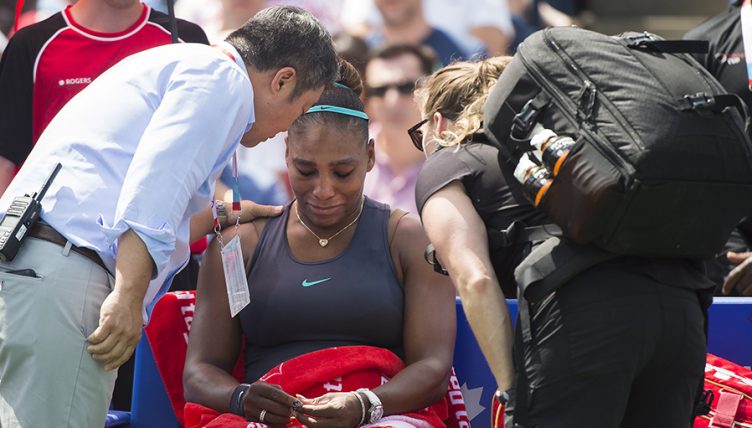 Serena Williams is an injury doubt for the US Open after she opted to withdraw from the Cincinnati Open.

The 37-year-old retired during the final of the Rogers Cup last week with back spasms, but later said it was nothing t worry about as it usually settles down within 24 hours.

However, Williams has confirmed that her back is what is keeping her out at Cincinnati, raising questions over her readiness for Flushing Meadows.

“I came to Mason on Sunday and have tried everything to be ready to play tonight,” Williams said on Tuesday.

“I was still hopeful after my practice this morning, but unfortunately, my back is still not right, and I know I should not take to the court.”

Elder sister Venus Williams enjoyed a much more positive day in Cincinnati, though, as she knocked out defending champion Kiki Bertens.

“So I’m trying to play smart instead of going hog wild, which is extremely easy to do.

“It was just a second round, though. For me, it’s just round-by-round. I have a third round to play. I’m ready for the next round.”