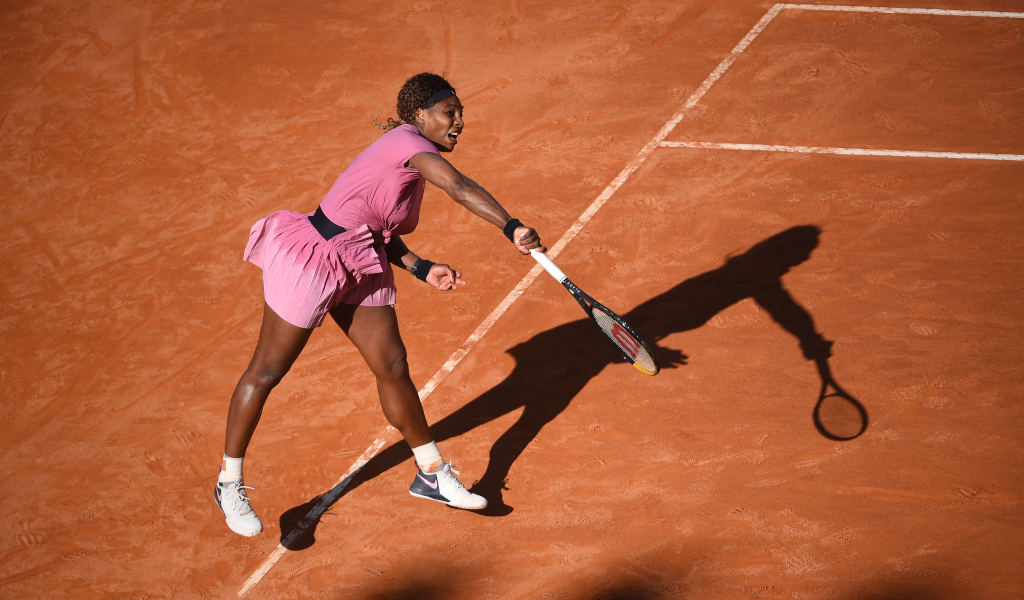 Serena Williams believes she is starting to find her feet on clay again after she comfortably saw off the challenge of teenager Lisa Pigato in the first round of the Emilia-Romagna Open.

After losing her opening encounter at the Italian Open last week, Williams accepted a last-minute wildcard for the WTA 250 event in Parma to get matches on clay under her belt ahead of Roland Garros.

First win of the clay court season. 🇺🇸 @serenawilliams is through in Parma! #EmiliaRomagnaOpen pic.twitter.com/FQGO8Y1dCw

The youngster broke in the first game of the match, but the American won the next four games to race into a 4-1 lead while she also claimed back-to-back breaks in the second set to build a similar advantage.

“I’m just starting to feel more comfortable. I’ve always felt super comfortable on the clay and this year has been a little more difficult than normal,” Williams said. “I think it was because of the long hiatus I’ve had (from) the clay.”

While Williams was playing in her 1,001st WTA match, Pigato was making her Tour debut and the 23-time Grand Slam winner was impressed.

“Lisa played really well,” she said. “She told me she was only 17. Her future is super-bright – she handled the moment well, so I look forward to cheering for her in the future.”

The Italian wildcard asked the tennis icon for a photo immediately after the match and Williams was happy to oblige.

“It’s usually after the match, in the locker room, I take photos,” she told the press. “It was really cool and gutsy. It was her first WTA main draw match, so I thought it was a really good opportunity to take a photo – she’ll be able to look back on that in years.

“I wish I had done that with my first match, it would have been really cool.”

However, former world No 1 Venus Williams crashed out as the seven-time Grand Slam winner was suffered a 7-5, 2-6, 2-6 defeat at the hands of Anna Schmiedlová.