It is never easy to say farewell to a tennis legend like Serena Williams so we will pay tribute by looking at some of her incredible records and stats.

The sporting icon confirmed on Tuesday that after nearly three decades at the top, she will be “evolving away from tennis, toward other things that are important to me”.

Serena – along with her older sister Venus – has broken many racial barriers not only in the United States but around the world and has shattered countless of glass ceilings.

Serena Williams confirms will retire after US Open, but doesn’t want any ‘ceremonial, final on-court moment’

So let’s look at some of those milestones.

$94,588,910 – The career-prize money Williams has earned over the course of her 17-year professional career so far. That does not include off-court deals like sponsorship agreements and her net worth is somewhere in the region of $260m.

1,009 – The number of top-level matches Serena Williams has played. The tennis great has won 856 (and counting) of those.

102 – The American hit the most aces – men or women – during Wimbledon 2012. She also sent down a personal best 24 aces during her semi-final win over Victoria Azarenka.

73 – Williams has won the fifth most singles titles, well behind the 167 of Martina Navratilova. She won her first title at the Open GDF Suez in 1999 and her last title (to date) came at the 2020 Auckland Open in New Zealand.

34 – Williams’ longest streak on the WTA Tour started in March 2013 and ended with fourth-round defeat Wimbledon in July.

23 – The number of Grand Slams Serena Williams has won, the most by any player – man or woman – in the Open Era with only Margaret Court (who competed in both the amateur and Open Era) ahead of her on 24. Of those 23 majors, seven have come at the Australian Open, seven at Wimbledon, six at the US Open and three at the French Open. 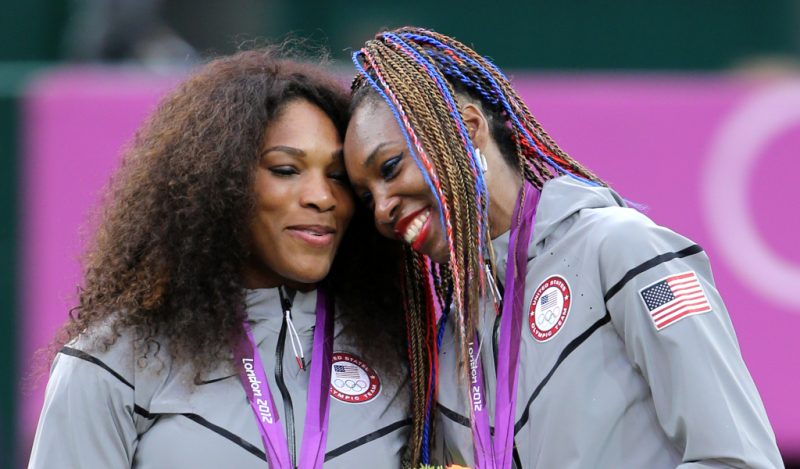 16 – Venus and Serena Williams have played each other 16 times at Grand Slams and nine of those have come in finals with Serena has won seven of the showpiece matches.

14 – Serena and Venus Williams have played 14 Grand Slam doubles finals and they have won all 14, completing two Career Grand Slams in the process.

10 – The number of Grand Slams she won after turning 30. Court and Navratilova are next best as they won three majors each after reaching that age.

4 – The number of gold medals she has won at the Olympics with three coming alongside sister Venus in the doubles at the 2000 Sydney Games, 2008 Beijing Olympics and 2012 London Games while she also won gold in the singles in London.

2 – The number of mixed doubles Grand Slam titles Serena has won, both alongside Max Mirnyi from Belarus.

1 – There will always only be one Serena Williams.