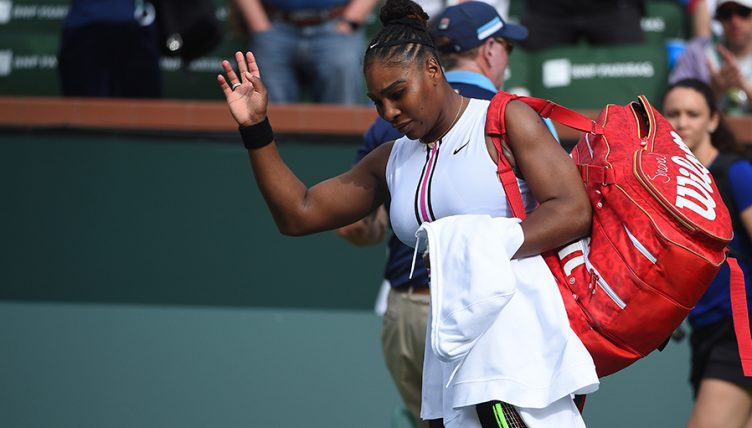 Serena Williams has for the second time in the space of a couple of weeks been forced to withdraw from a tournament, this time an injury brought her run at the Miami Open to an end.

The 23-time Grand Slam winner required three sets to beat Rebecca Peterson in her second-round clash at the Hard Rock Stadium earlier this week and was due to take on 18th seed Wang Qiang in the third round, but she pulled out of the Premier Mandatory event due to a knee injury.

“I am disappointed to withdraw from the Miami Open due to a left knee injury,” the American said in a statement. “It was an amazing experience to play at the Hard Rock Stadium this year and would like to thank the Miami Open for putting on an amazing event.

“I hope to be back next year to play at this one-of-a-kind tournament in front of the incredible fans here in Miami.”

Williams was also was unable to complete her third-round match against Garbine Muguruza at the Indian Wells Open a fortnight ago due to a viral illness.