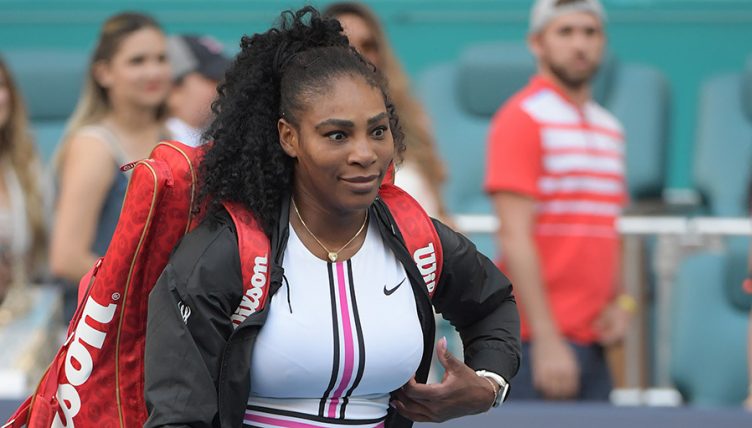 Serena Williams battled through a second set wobble to battle past Rebecca Peterson and claim her first win at the Miami Open for four years.

The 23-time Grand Slam champion won the tournament in 2015, but had not won a match since.

She was also struggling for court time after being forced to retire from Indian Wells with a viral illness.

None of that was evident as she took the first set, but Swede Peterson roared back to dominate the second set, forcing Williams to dig deep to win it in three.

“I wasn’t really happy with my performance. I had to take a lot of time off the last week.

“It’s definitely not easy at all, but I’m through it. That’s that. I just got to get my game back to where I know it can be.

“I could not lose this match. I knew that I could play a lot, lot, lot better. I just had to be better.

“That determination just really kicked in. ‘What do I need to do to win this match?’

“What was a little frustrating today is I know I can play so much better, but I just wasn’t able to produce it today.

“But that’s the beauty of fighting, getting through the matches where you’re not playing your best, then coming out the next time and just doing better.”