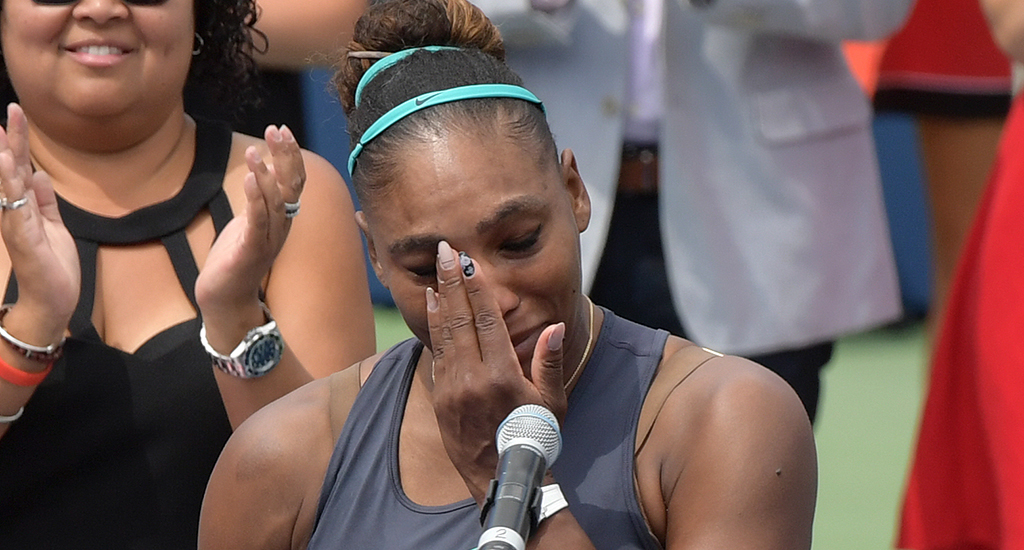 Serena Williams says that the injury that forced her to retire in the final of the Rogers Cup will not threaten her US Open hopes.

The 37-year-old was forced to quit while 3-1 down in the first set against teen sensation Bianca Andreescu, who became the first Canadian to to win the Rogers Cup women’s singles in 50 years.

Williams, though, is not expecting the injury to keep her from Flushing Meadows later this week, explaining she has had similar kinds of back spasms before and they tend not to last longer than a few days.

“Just my whole back just completely spasmed, and to a point where I couldn’t sleep and I couldn’t really move,” Serena told reporters after the match.

“And so I was just trying to figure out, ‘How do you play a match where you have no rotation?’”

“It’s difficult for me to serve, I mean, I could move, but I need my upper body.

“My lower body was fine, but I just couldn’t do anything with my upper body and, again, for this period of time.

“I had so much treatment before, hours and hours of treatment.

So I just knew. I knew I wasn’t going to be able to continue. That’s the most frustrating part.”

What a moment between Bianca Andreescu and Serena Williams as their match comes to an unexpected finish. 😕 👏

Williams lost in the final of the US Open last year, and will equal Margaret Court’s Grand Slam record number of titles if she can go one better this time around.

“I’ve had this [injury] before and it’s, like, 24, 36 hours where I’m just in crazy spasm and then it’s, like, gone,” Williams explained when asked if it might threaten her chances of making it to New York.

“And so that’s a little bit frustrating for me because I know that I could play. I just can’t play today.

“I do different treatments. I take a day off. But obviously, I didn’t have 24 hours or plus to take off.”

“I don’t want to get this far and not at least try. I think I would have really regretted not at least going out there and seeing maybe if a miracle happened.”