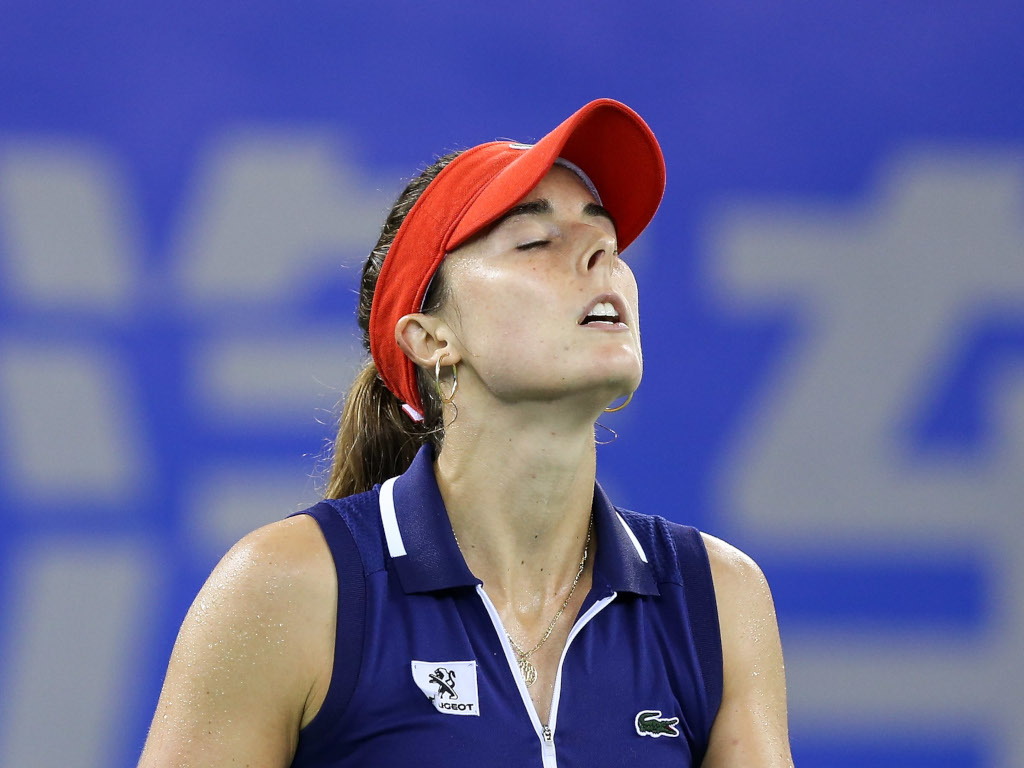 Alize Cornet fell victim to a “sexist” rule at the US Open after she changed her shirt on court.

Temperatures hit the high 30 degrees Celsius at Flushing Meadows on Tuesday and the 10-minute heat rule was employed which allowed players to take a break.

Cornet, who took on Johanna Larsson in her first-round match, used the rule to leave the court at the end of the second set and when she returned she had a new shirt on.

It was on backwards, though, and she then changed it on court, but umpire Christian Rask hit her with a code violation as the WTA rulebook states female players are not allowed to remove their shirts on court.

However, there is no such regulation in the ATP rulebook about male players not being allowed to remove their shirts on court.

Male players often change their shirts on court and Wimbledon champion and sixth seed Novak Djokovic even had a shirtless ice bath on court during his match on Tuesday.

Former Great Britain Fed Cup captain Judy Murray was one of many to complain about the rule.

Alize Cornet came back to court after 10 minute heat break. Had her fresh shirt on back to front. Changed at back of court. Got a code violation. Unsportsmanlike conduct….. 😳
But the men can change shirts on court. https://t.co/sCN4KDXYTb

The worst thing that happened yesterday was Alize Cornet getting a code violation for turning her shirt around. ATP players are changing their shirts multiple times per match.

“the fact that it happened in the first place is a joke, considering male tennis players are allowed to take their shirts off and put on fresh ones as often as they want during a match, without leaving the court.” https://t.co/BSE7dkl548

Totally sexist! US Open umpire hits french player with a code violation after she quickly turns her shirt around because it was on backward. Male players do it.. and she was covered the whole time. Sorry but that’s just wrong. #fox35 https://t.co/aVpAjhrRwj