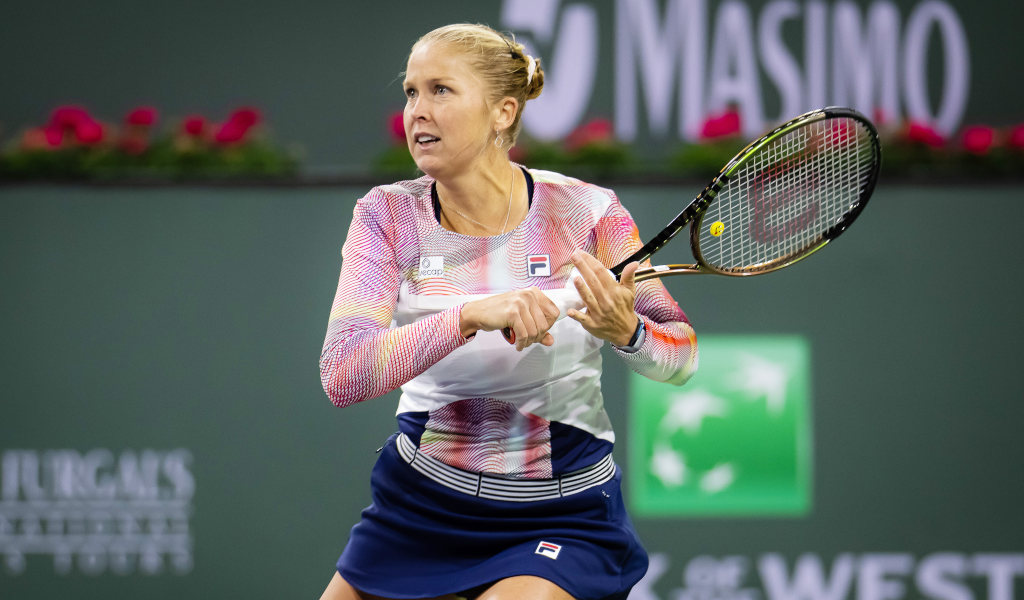 Shelby Rogers defeated Veronika Kudermetova 6-3, 6-4 to advance to her first final in six years at the Silicon Valley Classic.

Kasatkina is playing in the San Jose final for the second year in a row having been runner-up last season.

The top-ranked Russian could break into the top ten with a win in San Jose.

Kasatkina clinched her place in the final with a 6-2, 6-4 win over World No 4 Paula Badosa.

Rogers meanwhile has been the form player of the week in San Jose, blasting her way to the final behind a lethal first serve.

Not only has the American reached the final without dropping a set she has also ousted the likes of former US Open Champions Bianca Andreescu, top seed Maria Sakkari, Amanda Anisimova, and Kudermetova.

Conditions have been in Rogers’ favour, but she has done the business in a clinical fashion, not losing more than four games in any given set.

“Amazing,” Rogers said when asked for her thoughts after reaching the final.

“This is the position you want to be in every single week.

“This is what we train for.

“As much as you sacrifice and put in the work, it’s just nice to see it all come together.

“This is probably one of the most fun weeks that I’ve had on tour. That says a lot about why I’m playing well.”

Rogers is trying to keep her feet on the ground and stay in the moment.

“I’m trying not to get too high or too low,” she added.

“I’m just taking it one point at a time and focus on the things I can control. My serve has been working really well this week and I just feel like I want to hit every ball, which is a nice feeling.”

Kasatkina has been pretty impressive herself this week.

She has beaten Wimbledon champion Elena Rybakina and two Top 10 players in No 6 Aryna Sabalenka and Badosa to make her first final of the season.

“Playing two times in a row the finals here in San Jose it means it’s a special place for me,” Kasatkina said.

Kasatkina is looking forward to sharing the big stage with Rogers, whom she counts among her friends on the WTA Tour.

“I love her, she’s a great person,” Kasatkina said. “I’m really happy to share this day and special moment with her on the court. It will be good memories. But of course on the court we will fight against each other, but at the end of the day it will be special.”

Kasatkina appears to hold the edge coming into the final but will need to find a way to blunt the power of Rogers.

Her run to the final has included wins over big-servers Sabalenka and Rybakina, while Rogers hasn’t met a player with the craft and guile of Kasatkina.