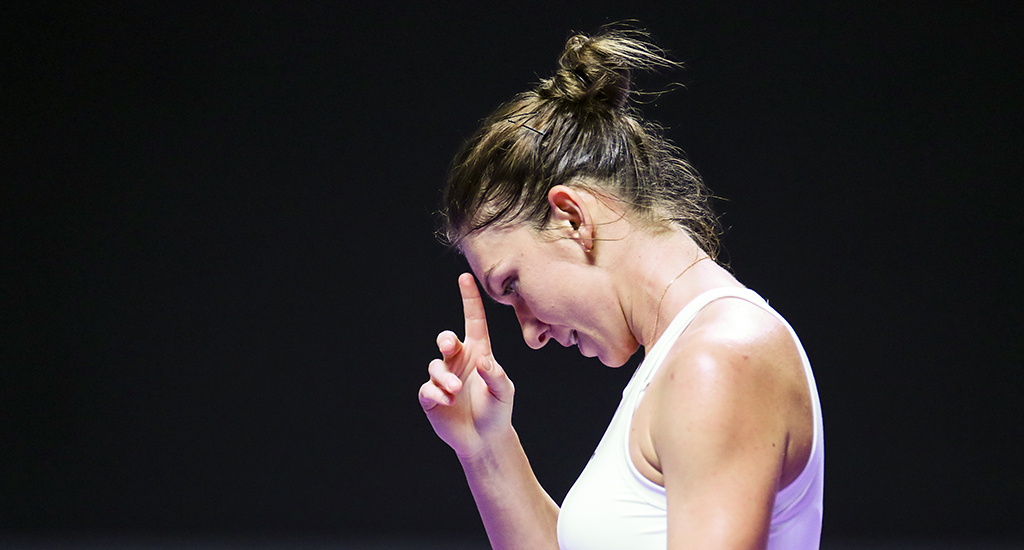 Simona Halep says she is happy with her 2019 season, despite failing to cap it with a memorable win at the WTA Finals.

The Romanian managed to add to her Grand Slam count this year by winning Wimbledon.

However, that was her only title during the season and she failed to break the quarter-final stage of any of the other Grand Slams.

She, though, has given a positive analysis of her campaign.

“I’m not disappointed with myself and with the year,” she told reporters in Shenzhen. “I put it next to 2018.”

“I have to be more consistent for the practice and for the work. This year I was kind of up and down a little bit too much.”

“I feel more confident for what’s coming up. I am motivated.”

Halep was once defined by her consistency, but it has been noticable how that has fallen away somewhat this season from previous levels.

RELATED: WATCH: ‘I think I made him p*****’ – Simona Halep reacts to coach calling her a ‘disgrace’

That has been attributed by some to a change of coaching for most of the season, but she has revealed there are injury issues too.

“Maybe because I have six years in the top, and I didn’t have a bigger break than three weeks, [but] I can say I feel it mentally and also physically.

“I’m falling to pieces. Everywhere I have something. It’s normal. I’ve been injured in Asia.”