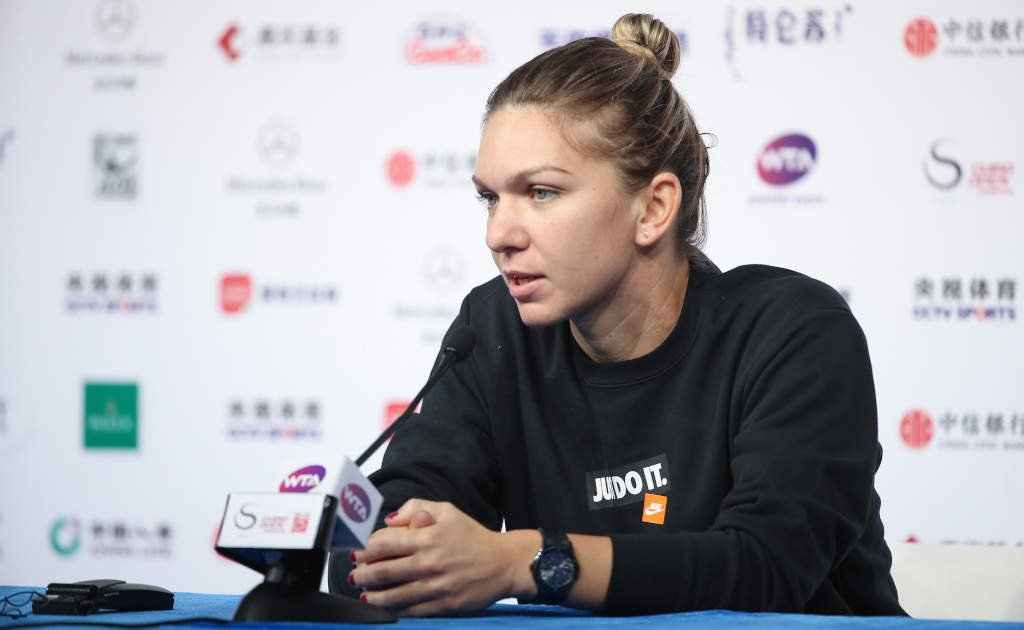 World No 1 Simona Halep has pulled out of the Kremlin Cup after failing to recover from a back injury.

The French Open champion was forced to retire midway during her first-round match at the China Open earlier this month and later revealed that she had a slipped disc.

However, she downplayed suggestions that she might require surgery and insisted that she would be ready for the WTA Finals, saying: “I’m definitely going to the WTA Finals. The most important thing is health, but there is no question of surgery.”

She opted to enter this week’s Kremlin Cup to assess her fitness, but withdrew one day before her opening match against Anastasia Pavlyuchenkova.

“I tried everything I could to be ready here as I really wanted to play,” the Romanian said. “But unfortunately the back is still causing me pain and I don’t want to take any unnecessary risks.”

She added: “While it’s disappointing to withdraw, I know it’s important to put my health first.”

The season-ending WTA Finals takes place from October 22-28 in Singapore.