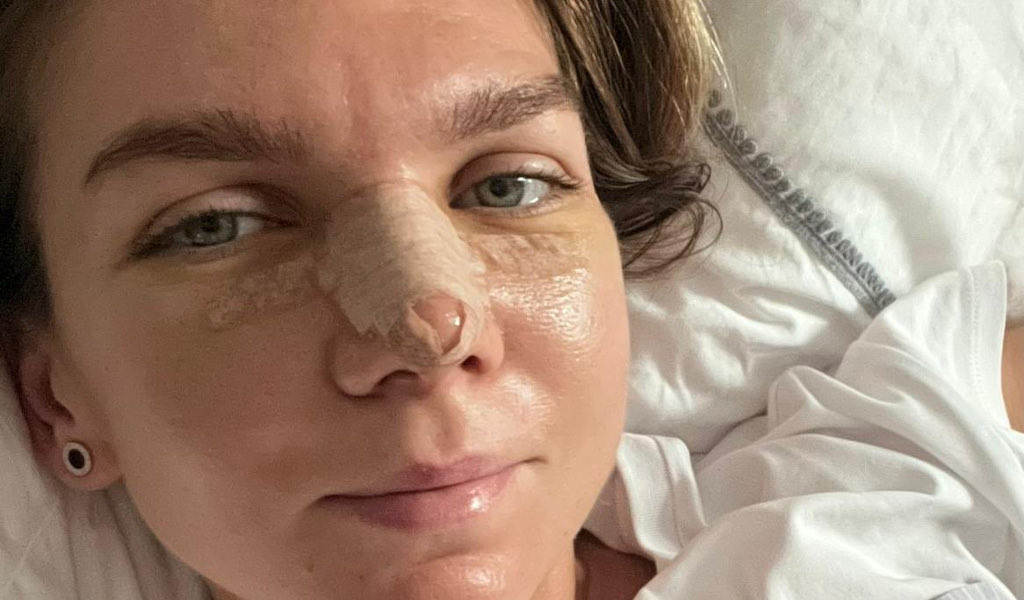 Simona Halep won’t play again on the WTA Tour this season after undergoing nasal surgery and she has taken time out to reflect on her 2022 season, discussing her working relationship with Patrick Mouratoglou, her performances and the future.

The former world No 1 announced on Monday that she underwent an operation to correct a problem which caused her considerable discomfort at night while she also revealed that she opted to have cosmetic procedure performed on her nose.

The Romanian gave no return date, but a few days later she announced that her 2022 season is over with the aim now to return in time for the new campaign.

“I don’t know how long the recovery will take, for the moment I am not thinking about anything but recovery,” she wrote on social media.

“What is sure, is that this year I won’t be able to compete in any official tournament anymore. My 2022 season is over. 2022, you have been an interesting year full of everything! See you on court, 2023! I feel I still have a lot to do on a tennis court and still have some goals”.

Coming off a disappointing 2021 that saw her struggle with injury and form, Halep started the year off on a good note as she won the Melbourne Summer Set event, but then exited the Australian Open in the fourth round before a couple of mixed results.

In March she started with working with Serena Williams’ former coach Patrick Mouratoglou and her form started to improve as she reached the semi-final of the Indian Wells Open and quarter-final of the Madrid Open.

The 30-year-old is pleased with her working relationship with Mouratoglou.

“As you all know already because I’ve talked about it many times, in February, I was very close to stop tennis because I didn’t believe I have enough power to come back to top 10. I was going through many anxious moments and I thought it is time to stop cause it is emotionally unhealthy,” she wrote.

“Then I was lucky to discover Patrick’s Academy where I felt so much passion that it gave me back my passion for tennis. Thanks to Patrick, I slowly started to believe that I still can play a good level of tennis.

“I was totally open to everything he told me to do, the way I should do it and the amount of work that I should do. I did everything fully. My goal was very clear: I gave myself one year to get back to top 10. When I decide something, I always go full, and I trusted Patrick 100%, so I wanted his people and only his people to be in charge of me. That is why I made many changes in my Team. Because I felt it was the right thing to do: go fully into that project.”

However, she did have some setbacks as she suffered a panic attack during her second-round defeat to Qinwen Zheng at Roland Garros.

She admits that she “couldn’t handle the pressure”.

“It was a very tough period because I always put pressure on myself and having the best coach next to me it felt even more pressure to win and do well. This ended up with the panic attack during my match in Paris,” she added.

“I felt Roland Garros was the moment that I have to play great because of all the work I’ve done. I couldn’t handle the pressure and I broke down. Then I talked to Patrick and told him that I need to relax because I can’t play with the pressure I put on myself and asked him to be patient with me for the next 6 months. No expectations. He listened to me, agreed and he supported me 100%.

“After that I could play one of my best tennis. And faster than I ever expected, in only 2 months, I was back to top 10. Goal achieved!”

Halep reached the semi-final at Wimbledon and won her third Canadian Open title in August and returned to No 6 in the WTA Rankings.

However, she then suffered a thigh injury in her final warm-up event before the US Open and then made a first-round exit from the hard-court Grand Slam at Flushing Meadows.

The two-time major winner continued: “When I lost at the US Open, I realized that I’m completely exhausted mentally. Having problems with the breathing for many years already and becoming worse with the time, I decided to follow the advice of my doctors and do the needed surgery.”

“I could never do it earlier because I never found the necessary three months for the recovery, because tennis was always the first priority in my life,” she wrote.

“But I felt it’s the right time to do it and also to do something for myself as a person. That is why I did also the aesthetic part, that I wanted to do for a long time as I did not like my nose at all. So I did it, I solved the functional part and the aesthetic part. I know many of you can understand me.”