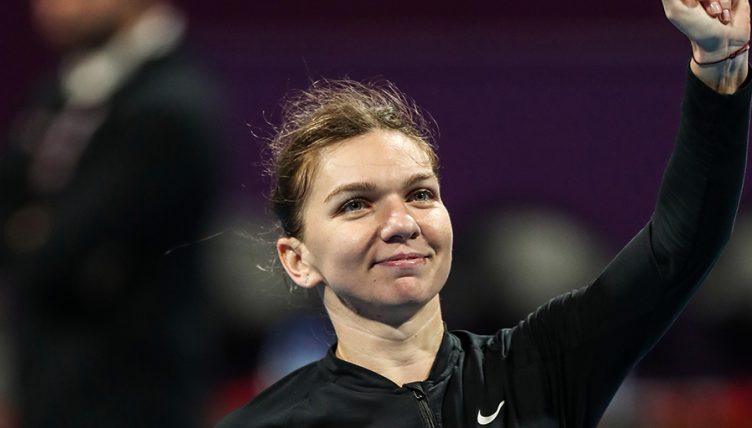 Top seed Simona Halep continued her recent return to form with a battling 7-6 (7-3), 7-6 (8-6) win over Julia Goerges that moves her into the Doha Open semi-finals.

The Romanian started the match at a frantic pace, racing into a 4-0 lead before Goerges fought her way back to a tiebreak, which she lost.

The second set was different, with Goerges earning the break before getting pegged back, but the result was ultimately the same with Halep too strong on the crucial points.

Halep, playing in her first tournament since joining up with new coach Thierry Van Cleemput, will now face Elina Svitolina in the last four.

The Ukrainian powered past Czech qualifier Karolina Muchova 6-4, 6-2 in a match she dominated on serve.

“I was just trying to focus on what I have to do on my game, on my strength, what I had to do,” Svitolina said.

“I had to serve good, had to return. Had to move quickly. So just everything had to be good.

“In the end I found a way to beat her. I was very happy I could do it in two sets.”

Belgium’s Elise Mertens completes the semi-final line-up after she cruised to a 6-4, 6-3 win over Kiki Bertens.