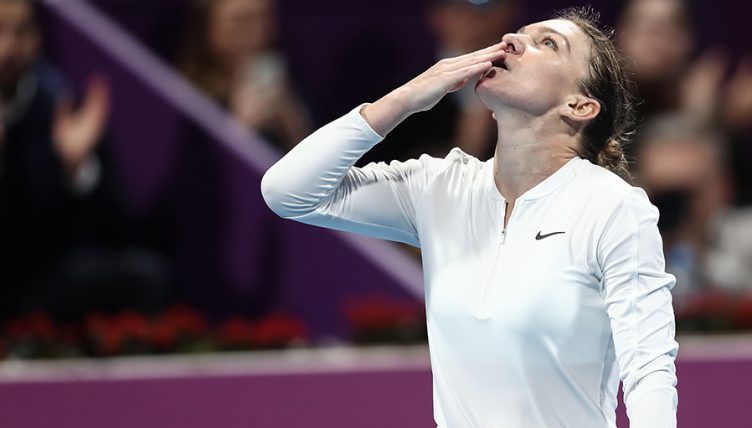 Simona Halep was at her dogged best as she produced a fine comeback to beat Elina Svitolina in the semi-finals of the Qatar Open.

The former world number one claimed the first set, but it all started to go wrong for her after that.

She surrendered the second and was 4-1 down in the third, but somehow mustered the resilience to fight back and claim a 6-3, 3-6, 6-4 win.

“I’m happy because I didn’t give up,” Halep said to the WTA’s official website.

“The two finals that I played against her in Rome I gave up and I was not ready to fight.

“Now I change that, and it makes me happier, because I showed myself that I’m able to do that.

“The mental part is really important… but definitely today I was stronger physically as well, because against Svitolina (it) is never easy to win a match. She’s very strong on the legs.”

Halep will now face unseeded Belgian Elise Mertens in Saturday’s final after she produced a brilliant 6-4, 2-6, 6-1 success over Angelique Kerber.