Simona Halep one win away from reclaiming world No 1 ranking 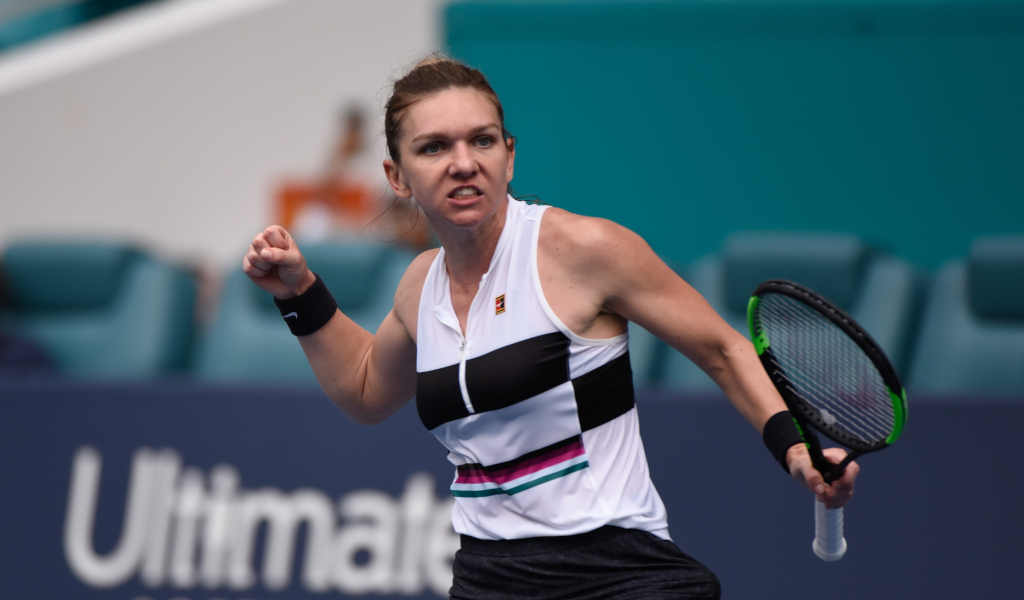 Simona Halep overcame a spirited Wang Qiang in the quarter-final of the Miami Open, leaving her one win away from regaining the top spot in the world rankings.

Reigning French Open champion Halep was made to work for her win by the Chinese player, but ultimately prevailed 6-4, 7-5 in one hour and 37 minutes.

You have to see it to believe it! 👀@Simona_Halep#MiamiOpen pic.twitter.com/HqsdtpW05x

The match started with three consecutive breaks of serve, but Halep broke again in game five to race into a 4-1 lead and, although Wang managed to get one break back, the Romanian served it out.

Both players again struggled to hold serve in the second set, but this time it was Wang who was in charge and she appeared to be on course to level it at one set each after opening up a 5-1 lead.

However, Halep won the final six games to secure the win.

The Romanian will face either Karolina Pliskova or Marketa Vondrousova in the semi-final with the Czech pair set to battle it out later on Wednesday evening.

If Halep comes through her last-four clash, then she will bump Naomi Osaka off top of the rankings. The Japanese player replaced Halep as world No 1 on the back of winning the Australian Open.

The other semi-final will see 12th seed Ashleigh Barty up against Anett Kontaveit with both players looking to win their first WTA Premier Mandatory events.