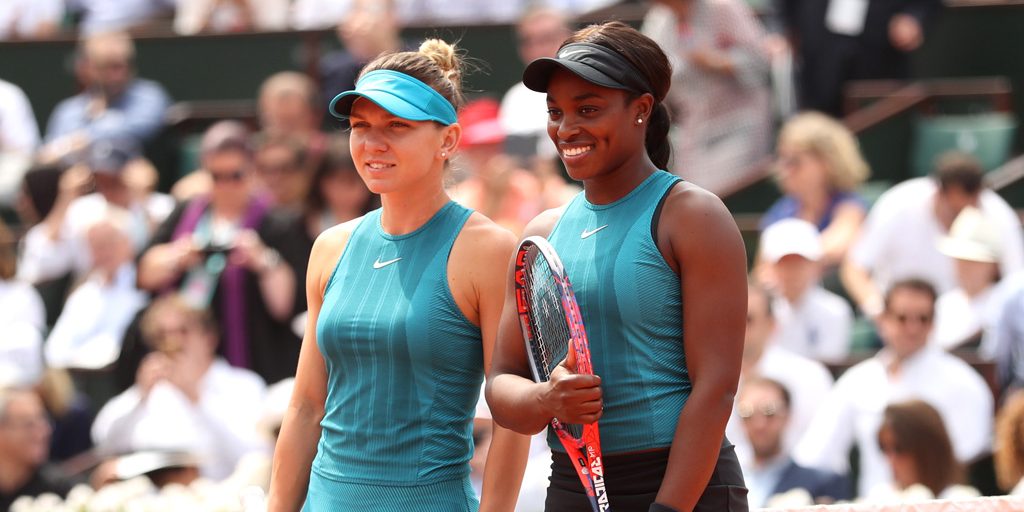 World number one Simona Halep has advanced into the final of the Rogers Cup, where she will face Sloane Stephens in a Roland Garros rematch.

The pair met in the final of the French Open this year, with Halep winning to claim her first Grand Slam crown, and she’ll get the chance to repeat that result after besting Ashleigh Barty 6-4 6-1 in Montreal.

“I was very sore when I woke up,” Halep, who has been critical of WTA Tour organisers for giving her too heavy a schedule, said to media.

“During the match, it’s not easy to run so much.

“But, you know, I just tried to focus on what I have to play and, to make it a little bit easier, which I did in the end, was to finish it early.”

“I think I talked enough about it. I was upset, of course. I hope in the future it’s going to be better.

“For the moment, all things are okay.

“I think I played smart tennis today. I pushed her very back on her backhand, then I could just receive a shorter ball, an easier ball for me to open the court.

“Then I just went all the way also on her forehand, short, cross, long, everything. I played some slices.

“I think the match was a very good level of tennis even if the rhythm was a little bit mixed.”

VIDEO: Roger Federer trains at night in Cincinnati as he prepares for return.https://t.co/DgDsHqhEXx pic.twitter.com/ghOe6VX1BN

US Open champion Stephens had a similarly comfortable semi-final, easing past Ukrainian ELina Svitolina 6-3 6-3, and she’s looking forward to getting another crack at Halep.

“I was pretty close the last time so I’m just going to go out and play hard,” said the American following the match.

“It’s three finals on the year for me. I’m really pleased with that.

“I mean, obviously you worked very hard to get here to this point, so just going to compete really hard and give it my all. Whatever happens happens.”

“She’s a good player. She’s No. 1 in the world. I think everyone who watches her play knows how she plays.”

“I’ve been playing well, consistent. That’s great. I played some really tough players. Really pleased with that. Obviously happy with my performance today.

“To respect your opponent, obviously she’s No. 1 in the world, that’s just how it is.”