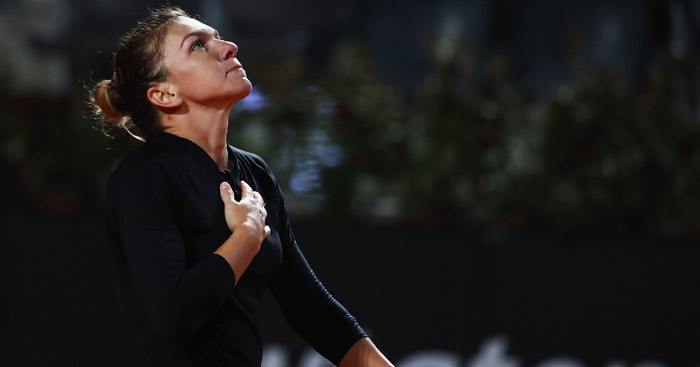 Simona Halep will retain her world number one ranking after out-lasting Caroline Wozniacki in Rome.

“In my opinion, it was a good match,” said Halep, who will now face a rejuvenated Maria Sharapova in the semi-finals.

“I just wanted to push [Garcia] back, and use good depth on the ball, and I think I did it pretty well. She made some mistakes, I got confident and I knew what I’d have to play against her, so I think I played a good level of tennis.”

Sharapova has an impressive 7-1 career record over Halep, but the world number one insists she’s not worried by the past.

“I feel that the match is open, of course anyone can win, but I’m not thinking about the previous matches.

“I want to think about the match, and we will see.”