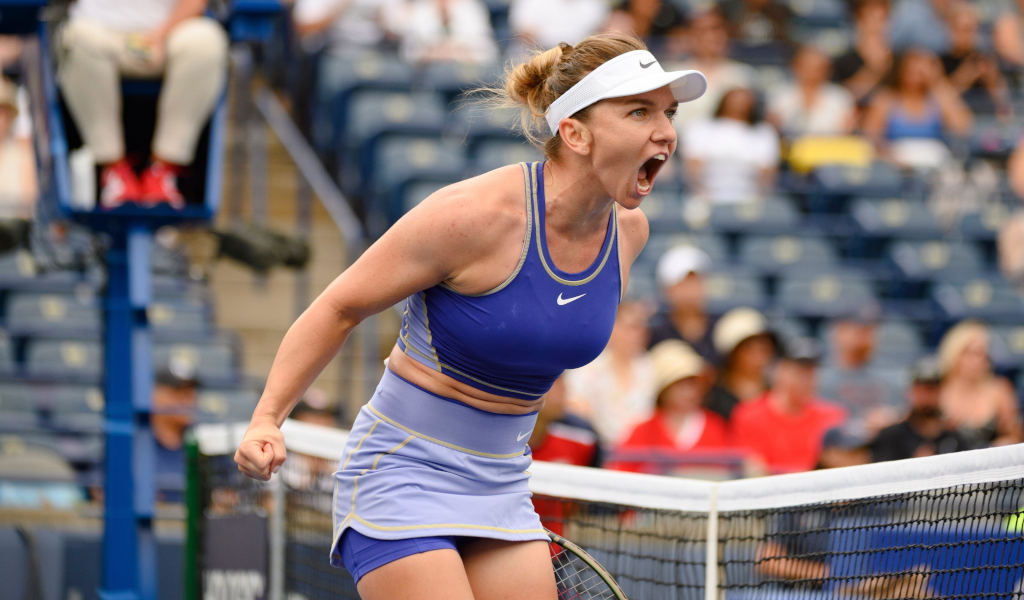 Former World No 1 Simona Halep will return to the top ten of the WTA Rankings after reaching the final of the Toronto Masters.

Halep produced a breathtaking fightback to down Jessica Pegula 2-6, 6-3 6-4 to keep alive her hopes of a third Canadian Open title.

The Romanian’s resurgence in 2022 has reached new heights as she returned to a Masters series championship match for the first time in two years.

Halep’s previous stint in the top ten lasted an incredible 373 weeks and ended just over a year ago.

She has admitted that she considered calling it quits at her lowest point but adjustments to her game and working with Patrick Mouratoglou have seen her once again become a big-time competitor.

Halep will face Brazil’s Beatriz Haddad Maia in the final.

Experience is a big factor in Halep’s game now and with that comes composure on court which was key to her triumph over Pegula.

“I changed a little bit the tactics,” Halep said afterwards.

“In the first set, it was a little bit too fast. She was hitting super strong and I didn’t feel the rhythm. Then I just calmed down and I tried to just push her back a little bit more.”

Having beaten the World No 1 earlier in the week Haddad Maia notched another milestone on Saturday as she reached her first WTA 1000 final.

“It’s a special moment,” Haddad Maia said in her post-match press conference. “I think I had a very tough draw. I had to push myself. I played a lot of tough moments.”

The WTA Tour should promote the stars they have, says former British No 1

She will move up to at least 16th on the WTA Rankings on Monday and Haddad Maia has promised to bring the game to Halep in Sunday’s final.

“[Halep is] a champion,” Haddad Maia said. “She’s a person who works very hard. I know it will be a very tough battle, but I’m going to enjoy. I’m going to leave everything on the court.

“I will try to play aggressive. I learned a lot today because in the moments that I wasn’t too aggressive, [Pliskova] was playing better than me. … I want to improve that for tomorrow. So I’m going to try to enjoy and play point by point.”

Halep and Haddad Maia will battle it out for the Toronto Masters title from 18:00 BST.