Simona Halep on returning to the WTA top 10: ‘I feel like it’s a big deal, but I am dreaming for more’ 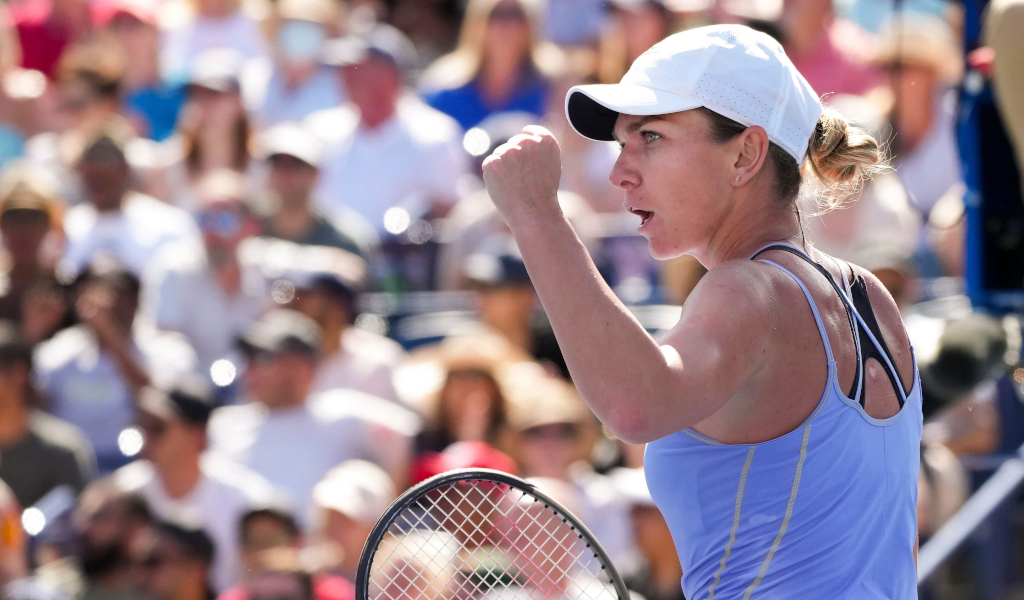 Simona Halep surged up the WTA Rankings on the back of her title-winning run at the Canadian Open, but the two-time Grand Slam winner is hoping for further improvement.

It was a dream week for the Romanian in Toronto as she captured her second singles trophy of the season, but her first WTA 1000 title since Rome 2020. With the win she also became a three-time Canadian Open champion and a nine-time WTA 1000 title holder.

Halep beat the likes of seventh seed Jessica Pegula and 10th seed Coco Gauff en route to reaching the final before defeating Brazil’s Beatriz Haddad Maia 6-3, 2-6, 6-3 on the Sunday to win the trophy.

The moment @Simona_Halep clinched her third title in Canada and her NINTH WTA 1000 crown! 🏆#NBO22 pic.twitter.com/SpyguB2I3q

Having started the week at No 15 in the rankings, Halep has moved up to No 6 after spending just over a year outside the top 10.

“I’ve been many years there but now I feel like it’s a big deal to be back in top 10,” the former world No 1 said.

“When I started the year I was not very confident and I set the goal to be, at the end of the year, top 10. And here I am. So it’s a very special moment. I will enjoy it. I will give myself credit. I’m just dreaming for more.”

The 30-year-old’s previous two Canadian Open title runs were in the city of Montreal and it was a special occasion to finally win a trophy in Toronto.

“It makes it even more special because I really wanted to win it in Toronto as well,” she said. “Here there are many Romanians and they always come to support me. So I’m really happy that I could also win here.”

The first Brazilian to reach a WTA 1000 final 🇧🇷

It was also a record-breaking week for Haddad Maia as she will move into the top 20 on the back of becoming the first Brazilian to reach a WTA 1000 final.

The 26-year-old hopes her run will inspire South American children.

“We are not a lot of players from [South America] because, you know, it is less opportunities, it is less tournaments,” she said.

“The tennis, the mentality and the culture are different there. It’s not easy being a Brazilian to play here and to build our tennis level around the Tour.

“Now I hope I can help children to make their dreams come true, to believe in themselves. Because if I’m now here top 20, they can be here as well.”