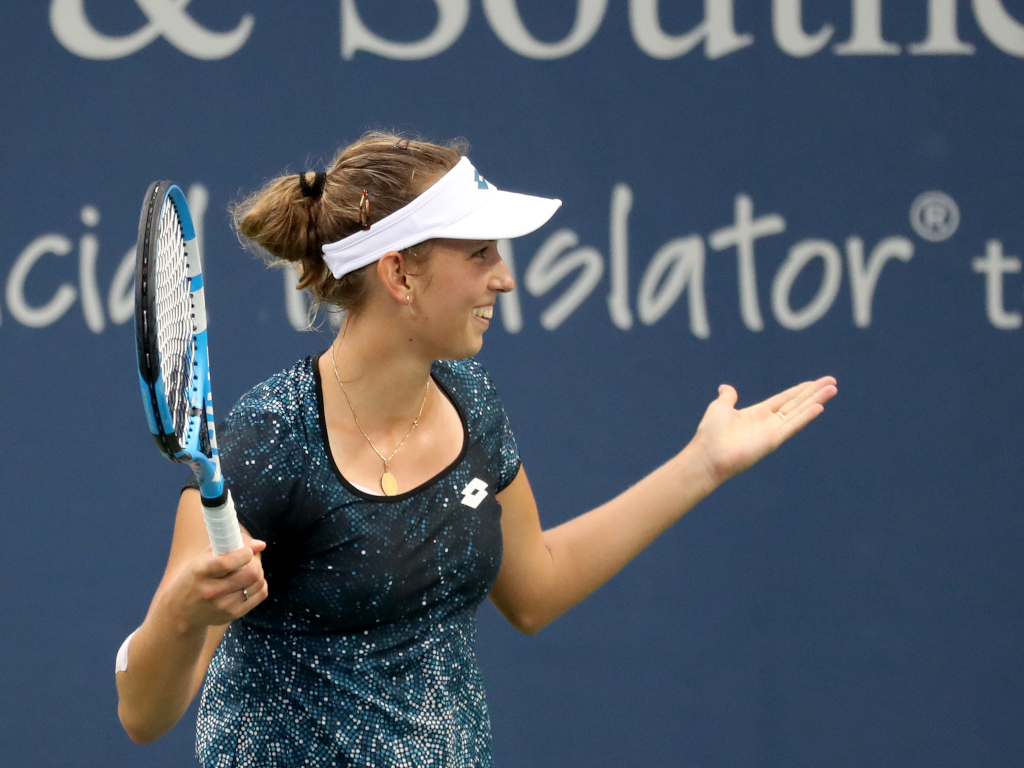 Sloane Stephens and Angelique Kerber were among the seeds to lose at the rain-affected Cincinnati Masters on Thursday.

US Open champion and third seed Stephens was stunned 7-6 (10-8), 6-2 by Elise Mertens, who is playing in the main draw of the Western & Southern Open for the first time in her career.

“It’s really awesome to be able to play like this against a player like Sloane, who has a Grand Slam already,” the 15th seeded Mertens said.

“I think I played a great match, not too many mistakes. She doesn’t give you free points, so you have to build them yourself. And I’m pretty happy about the way I played today.”

The Belgian will take on eighth-seeded Petra Kvitova next after the two-time Grand Slam winner secured a comfortable 6-4, 6-2 victory over Kristina Mladenovic from France.

Wimbledon champion Kerber joined Stephens and Garbine Muguruza, who exited on Wednesday, on the sidelines as she was beaten by 2017 US Open runner-up Madison Keys.

“Considering the last – what was it, six times? – it didn’t go so hot, this victory feels good,” Keys said. “More than anything, it was just how I handled being down and not letting the previous results kind of spiral in my head for me. I think that’s what I’m happiest with.”

Sixth seed Caroline Garcia also crashed out as she was beaten by Aryna Sabalenka with the Belarusian winning 6-4, 3-6, 7-5.

Top seed Simona Halep moved into the third round, but she didn’t have it all her own way against Ajla Tomljanovic.

In a match that started on Wednesday evening and had to be pushed to Thursday due to the weather, the Australian qualifier took the opening set, but Halep eventually found her rhythm and won 4-6, 6-3, 6-3.

Next up is another Australian in Ashleigh Barty.