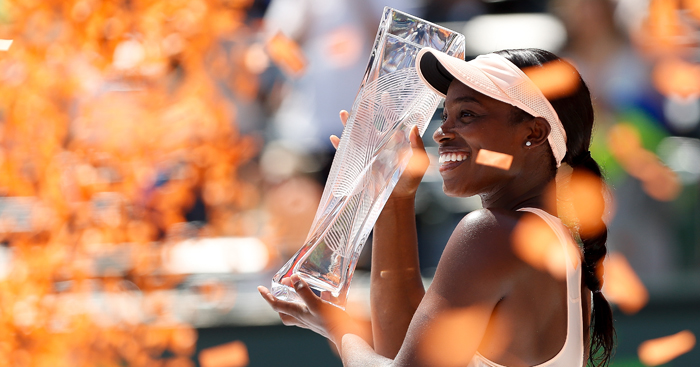 American Stephens, claiming her first title since that famous win on Arthur Ashe court last year, claimed a 7-6(7/5) 6-1 win over her Latvian opponent.

Ostapenko, the French Open champion, made a mammoth 48 unforced errors during an uncharacteristically nervous performance – more than double the number made my Stephens – but that did not tell the whole story as Stephens dominated with her relentless defence.

A closely-fought first set that went to a tight tie-breaker was in stark contrast to the second, which Stephens cruised through to claim the title in the last Miami Open to be held at Crandon Park.