Sloane Stephens negotiates her way into semi-finals of WTA Finals 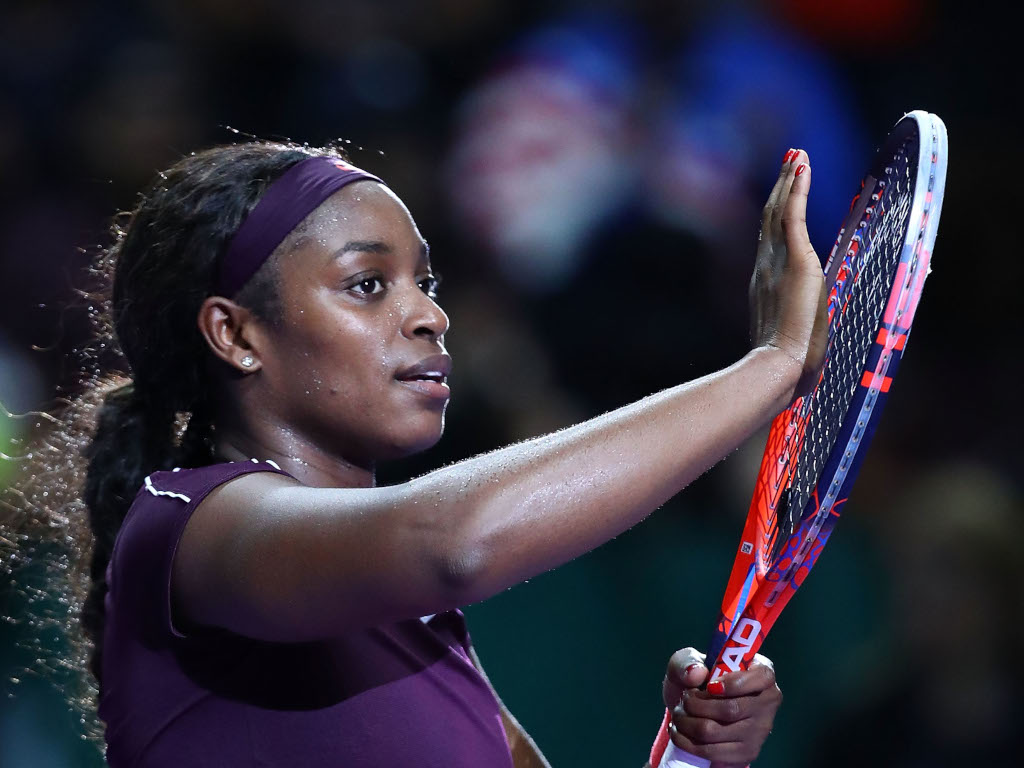 Sloane Stephens secured a two-set win over Angelique Kerber to reach the last four of the WTA Finals.

With Kiki Bertens booking her semi-final ticket earlier in the day on the back of Naomi Osaka’s retirement, it meant it was a winner-takes-all clash in the Red Group.

.@SloaneStephens gets the win and books her place in the @WTAFinalsSG semifinal!

The American broke Kerber’s serve in three consecutive games in the first set and after the pair traded breaks midway through the second set, Stephens claimed the crucial break game eight.

World No 6 Stephens became the first debutante to win all three her group matches since Garbine Muguruza in 2015.

It’s also the first time since the introduction of the round-robin phase that none of the top four seeds have made it into the semi-finals with Kerber, Caroline Wozniacki, Naomi Osaka and Petra Kvitova all exiting early.

Stephens will face Karolina Pliskova in the last eight with Bertens taking on Elina Svitolina in the other match.