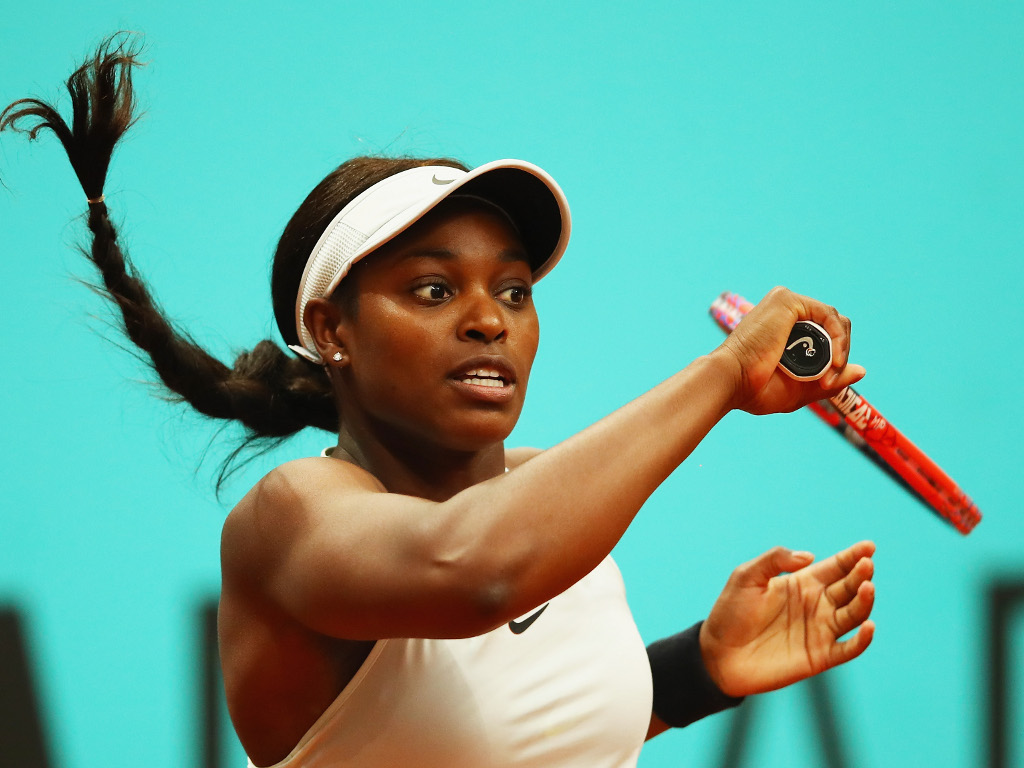 Sloane Stephens easily moved into the third round of the Madrid Open, but Victoria Azarenka’s journey is over.

US Open champion Stephens’ form has been mixed so far this year as she has suffered several early exits from tournaments, but then had a good run in Miami which resulted in her winning the Premier Mandatory tournament.

And she is showing that Miami form again as she easily saw off the challenge of Sam Stosur in just over an hour, winning 6-1, 6-3 as she broke three times in the first set and once in the second.

.@SloaneStephens puts together a strong 6-1, 6-3 performance to defeat Stosur.

The American will face Karolina Pliskova next after the sixth seed battled past Azarenka, overcoming a second-set meltdown to win 6-2, 1-6, 7-5.

The Czech made 44 errors compared to 31 winners.

“I’m happy that I won because I think those matches sometimes you just got to get through,” Pliskova said after her match. “I haven’t felt that bad for a long time I have to say.

“And somehow that match was very strange because I started so well. I was feeling the ball, serving well. She was helping me to get the 6-2 lead. Then I lost my serve and everything went so quickly.”