Sofia Kenin pleased Lyon with display, saying ‘I definitely feel like I found my rhythm’ 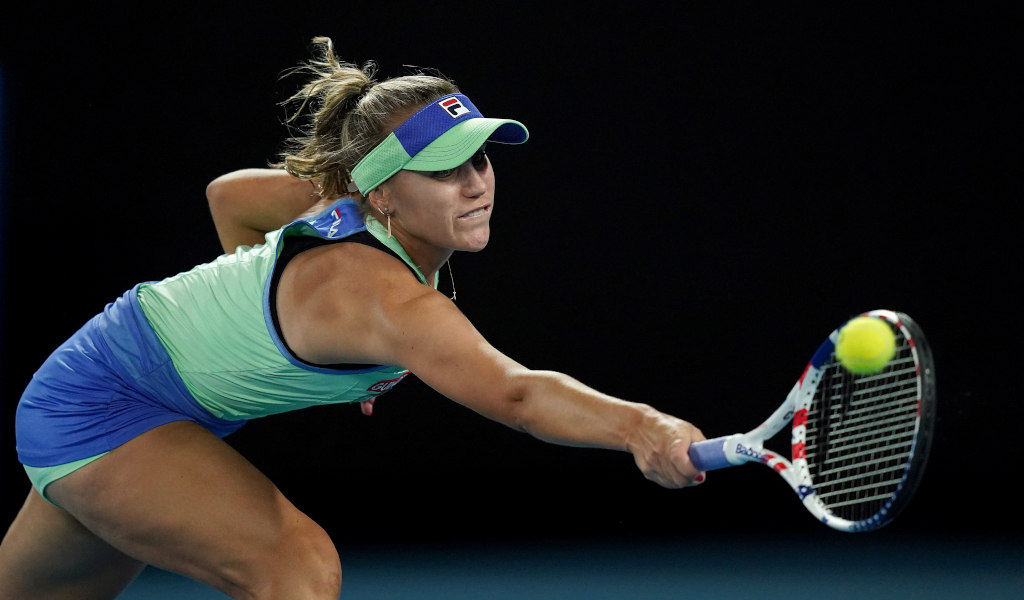 It took her nearly two hours, but Sofia Kenin is safely into the semi-final of the Lyon Open after beating Oceane Dodin in three sets.

The Australian Open champion struggled for form after her Melbourne Park success as she made first-round exits in Dubai and Doha, but she is now back on track.

Tough fight, but @SofiaKenin battles through to the Lyon semifinals!

After dominating the opening set, Kenin found herself up 4-1 following an early break, but the Frenchwoman hit back and then edged the tie-breaker.

Kenin, though, was back on form in the decider as she broke twice.

“It was still not perfect today, but I definitely feel like I found my rhythm. I was playing well, dictating well,” she said.

“It was a bit if a strange match. I was up, and somehow managed to not close it out there, but overall, I think it was a good match. I played some good tennis, some good points, and I’m happy with the way that I found my rhythm after yesterday.

“I felt pretty good in the first round – still not 100 percent, but I still got the win – and I would say that today was my best game [here so far].”

The top seed will face Alison Van Uytvanck for a place in the final after the fifth seed from Belgium scored an impressive 6-3, 6-3 win over third seed Caroline Garcia.

Seventh seed Daria Kasatkina and Anna-Lena Friedsam will contest the other semi-final after the former beat Camila Giorgi 6-2, 4-6, 6-2 while Friedsam secured a 6-3, 6-7 (4-7), 6-2 win over Viktoria Kuzmova.