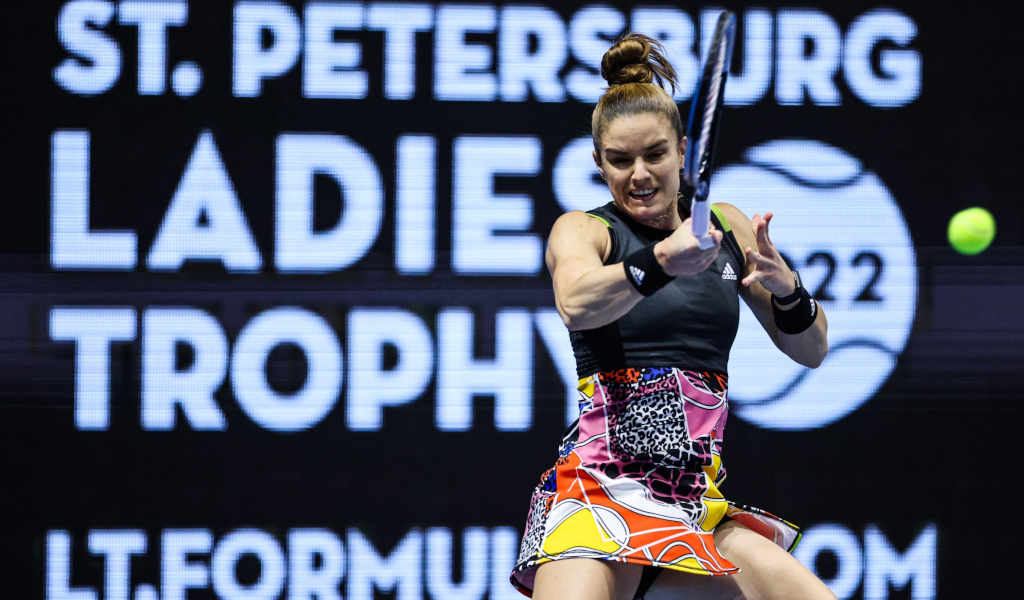 In her maiden tournament as the top seed Maria Sakkari claimed a 7-6(7), 6-2 win over Eighth seed Elise Mertens in the St Petersburg Ladies Trophy quarterfinals.

Sakkari has appeared every bit the favourite on her run to the last four but she was made to work for her quarterfinal win.

The World No 7 saved three set points in the first set tie-breaker before romping to a 6-2 win in the second stanza to clinch an appearance in the semifinals.

🇬🇷 @mariasakkari edges a nail-biting first set 7-6(7) and pulls through against Mertens to make the #FormulaTX last four! pic.twitter.com/vEj3Zooo7H

It all fell apart for Mertens in the second set as she was plagued by double faults and unforced errors.

Mertens committed two double faults in each of her first three service games in the second set, twice on the last two points, and eventually tallied 11 in the match.

Sakkari moved out to a 5-0 lead, but Mertens avoided the bagel and fought back to 5-2 down before the Greek closed out the match.

Sakkari said she wasn’t fazed by Mertens mini-fightback, knowing she just had to stick to her guns to grind out the win.

Speaking after the match, Sakkari said: “When you’re down in the score, you try to play more aggressively and she was playing really good in the last couple of games – she came up with good serves and solid shots from the baseline. I just fought hard.”

Sakkari will face World No 56 Irina-Camelia Begu in the semifinals.

This is the first last-four showing for Begu at WTA 500 level since Moscow 2017.

Anett Kontaveit would triumph in the fourth quarterfinal late on Friday, seeing off fifth-seeded Belinda Bencic to set up a clash with Jelena Ostapenko.