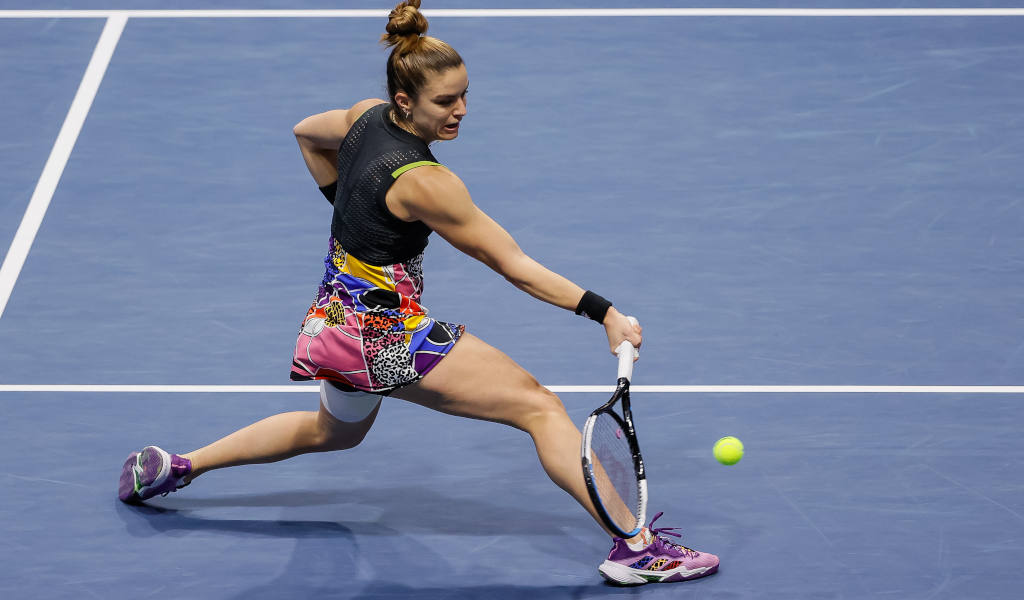 At the St Petersburg Ladies Trophy there will be a final contested between the top two seeds as Greece’s Maria Sakkari will face Anett Kontaveit of Estonia.

Sakkari booked a spot in her first final of the season as she scratched and clawed her way past Irina-Camelia Begu of Romania 6-4, 6-7(4), 6-4 in a gripping semifinal battle.

Kontaveit toppled seventh seed Jelena Ostapenko 6-3, 6-4 in the second semifinal to also reach her first final of the year.

🇬🇷 @mariasakkari holds off a spirited Begu comeback to prevail 6-4, 6-7(4), 6-4 in the @Formula_TX semifinal. pic.twitter.com/lUHr3RTsc9

Sakkari was forced to win one of the longest matches of the year in a 3 hours and 4 minutes to move into her fourth career WTA singles final.

The World No 7 has confessed her love for the St Petersburg tournament, where she reached the last four in 2018.

It took an intense battle but she has now bettered that performance.

“It was a very tough match,” Sakkari said afterwards. “I think Begu played really, really well. The level of the match was super-high. I had to come up with some very tough shots and very physical tennis, but I’m very glad I did it, and I’m super excited to be in the final here.

“As I mentioned on court, it’s one of my favorite tournaments, so I’m just very excited that I was able this year to reach the final. I still have one more match to go, and I’m going to try my best to win the tournament.”

Meanwhile, Kontaveit had a much quicker semifinal victory over Ostapenko.

She clinched victory after an hour and 11 minutes of blistering hitting by both players.

The Estonian has won 19 straight matches indoors, including title runs at Ostrava, Moscow, and Cluj-Napoca at the end of last season.

She is the first woman to secure 19 or more consecutive indoor wins since Justine Henin won 22 in succession from 2007 Stuttgart through 2010 Stuttgart.

“It was a very competitive match,” said Kontaveit. “I really had to bring very good energy to come through on top today. She’s a very aggressive player, so I had to be really ready for her big shots, and just be as consistent and take my chances when I could. I felt like I did that really well today. I was very positive and had good energy and worked really hard today.”