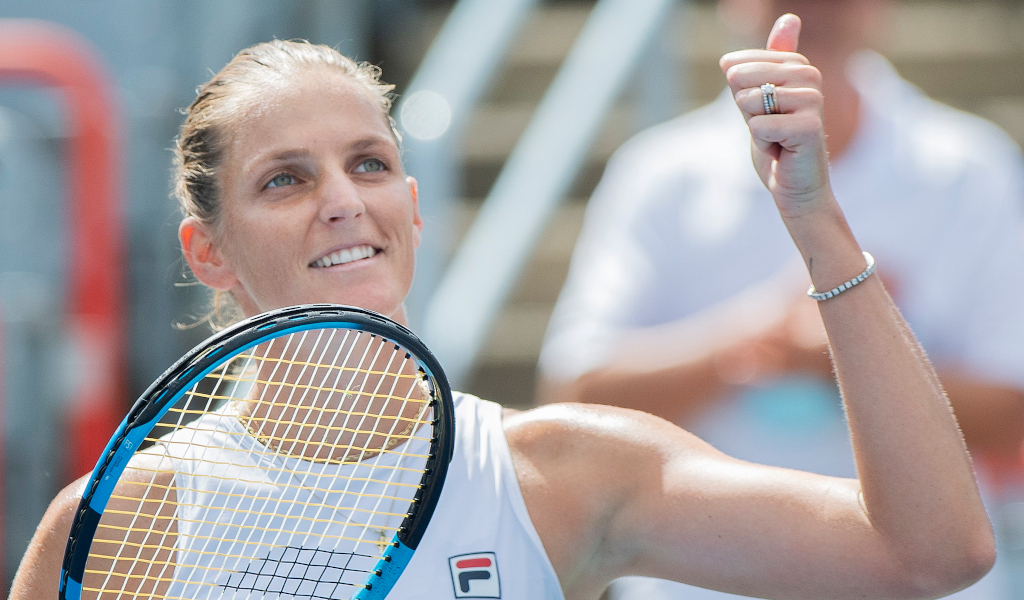 There was no need for “amazing tennis” from Karolina Pliskova as opted for smart tennis to beat Aryna Sabalenka in the Omnium Banque Nationale semi-final.

The Czech produced an impressive display to get the better of top seed Sabalenka 6-3, 6-4 in one hour and 21 minutes in Montreal.

A masterclass in Montreal 👩🏫

Pliskova broke in game three and a second break in game nine earned her the opening set. The Belarusian, though, was the first to break in the second set as she edged ahead in game seven, but the fourth seed hit back straight away and, after holding, broke again to wrap up the match.

“Amazing feeling to be in another final this year,” the world No 6 said. “I think I was super solid today. Just did everything what I was supposed to do to win this match. Played smart. My serve was pretty good, I have to say.”

She added: “I think I just used my brain maybe a bit more. It’s not that I would really play amazing tennis here because every day was a bit windy.

“I keep having completely different opponents, playing super slow to super fast. I kind of accepted maybe it’s not going to be the nicest way how I win this match. So I didn’t try to go for crazy winners.”

Pliskova will face Camila Giorgi in the final after the Italian beat Jessica Pegula 6-3, 3-6, 6-1 to reach her biggest WTA Tour final.

“I’m very happy, because actually today was, I think, a great match, even if the second set maybe I didn’t play my game,” world No 71 Giorgia said.

“I lost a little bit the rhythm. But then I came back and was, I think, a third set, amazing.”