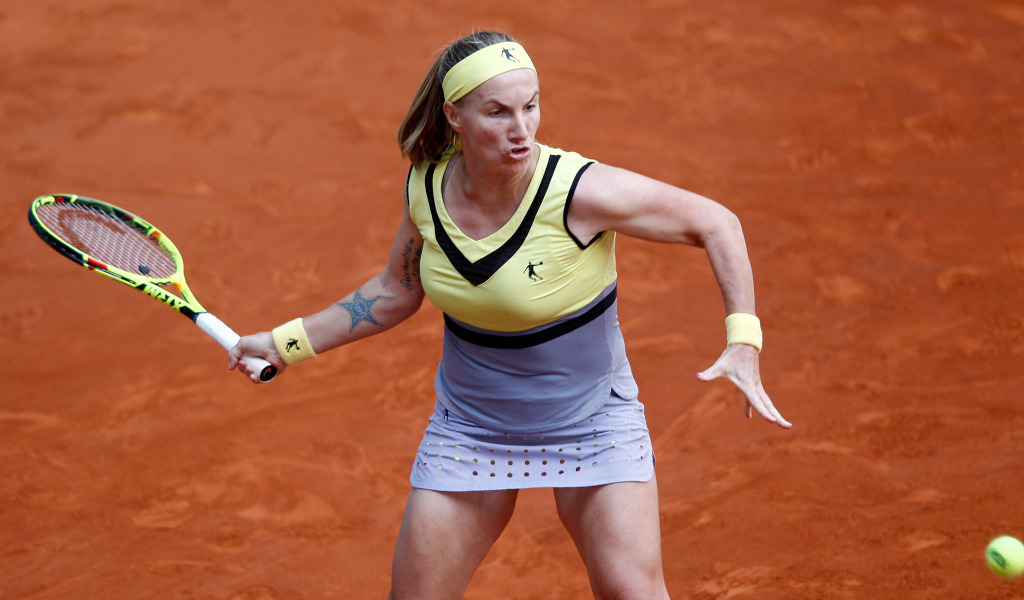 Two-time Grand Slam winner Svetlana Kuznetsova survived a stern test from Timea Bacsinszky to reach the quarter-final of the Samsung Open in Lugano.

Playing in her first tournament since September, wildcard Kuznetsova had to come from a set down to beat the Swiss favourite 5-7, 6-3, 6-4.

A 🔥 first serve from @SvetlanaK27 to secure the victory!

The Russian, who will face Krystina Pliskova for a place in the semi-final, claimed the decisive break in game three of the third set.

Czech Pliskova had a more straightforward encounter as she beat German Antonia Lottner, who stunned top seed Belinda Bencic in the first round, 6-2, 6-4.

Vera Lapko remains the only seed left after the eighth seed from Belarus beat Evgenya Rodina 6-2, 6-0 to set up a clash against reigning Wimbledon junior champion Iga Swiatek after the 17-year-old beat third seed Viktoria Kuzmova 6-3, 3-6, 6-2.

Stefanie Voegele is the only Swiss player remaining in the draw after she beat Viktorija Golubic 6-1, 6-1 while Veronika Kudermetova 1-6, 6-4 7-6 (7-2) win over Rebecca Peterson.