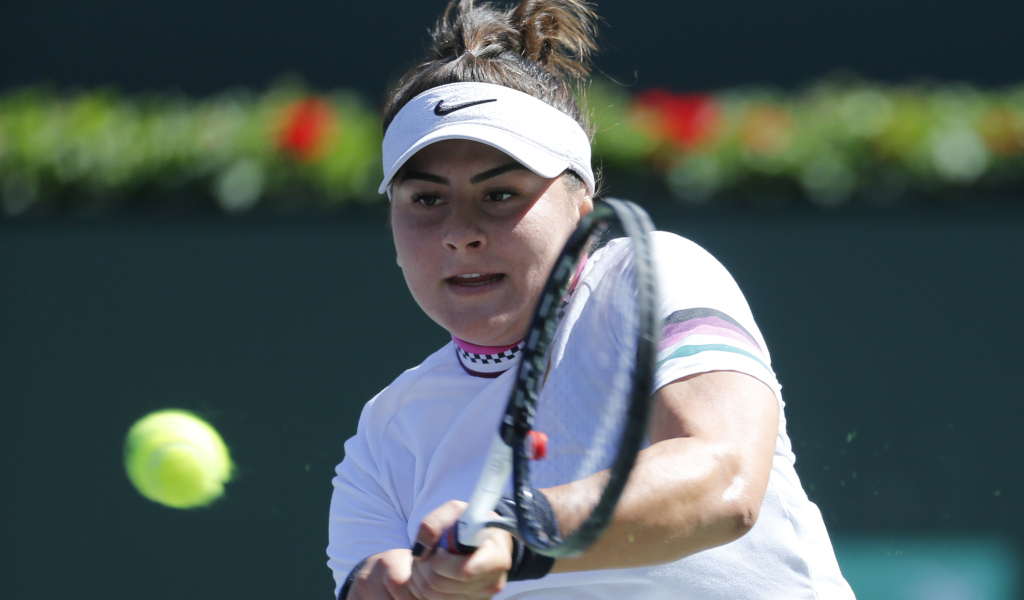 The Bianca Andreescu juggernaut rolls on at the BNP Paribas Open after she demolished Garbine Muguruza in the quarter-finals.

The Canadian teenager was ruthless as she took just 52 minutes to brush aside the two-time Grand Slam winner 6-0, 6-1.

It was one-way traffic from the start as the 18-year-old won the first nine games of the match before Muguruza got on the scoreboard, but that proved to be the only game the Spaniard won.

“I just went out there, went for it,” Andreescu, who will climb to inside the world top 40 after her excellent run in Indian Wells, said. “I didn’t focus on who was on the other side.

“It really helped me. I used my serve to my advantage. She didn’t serve so well today, so I took advantage that as well.”

Elina Svitolina stands between the Canadian and a first-ever final after the sixth seed beat Marketa Vondrousova.

Czech teen Vondrousova, who stunned world No 2 Simona Halep in the third round, looked like she would cause another upset as she won the opening set, but Svitolina eventually came out on top with a 4-6, 6-4, 6-4 win.

“The key was today just fighting for every ball and just trying to put one extra ball at the net. It was not a perfect match for me, but I was fighting,” said Svitolina.

“I had to really stay in the match and try to put one extra ball. In the end, this is what brought me and what gave me the chance. I took it in the end to win the match.”