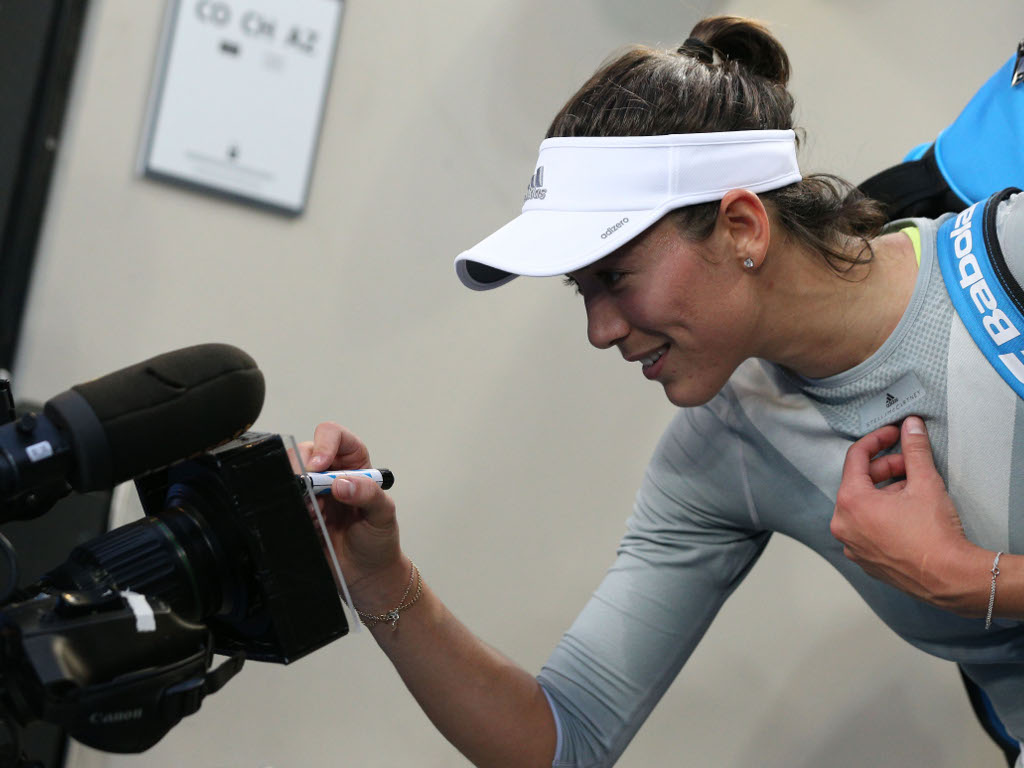 Two-time Grand Slam winner Garbine Muguruza turns 25 today and we celebrate by giving you some interesting facts about the Spaniard.

1. She holds dual citizenship
Garbine Muguruza has dual Spanish-Venezuelan nationality as she was born in the South American country to a Venezuelan mother and a Spanish father.

“My father is Spanish and he went to Venezuela looking for a job,” she once told Telegraph Sport. “He was 20-something and he fell in love with a Venezuelan girl.”

The family moved to Spain and she came through the famous Bruguera Tennis Academy, which is run by former major winner Sergi Bruguera and his father Lluis, who coached him to Grand Slam glory.

2. Spanish success
When she beat Serena Williams at Roland Garros in 2016, she became the first Spanish female in 18 years to win a Grand Slam with Arantxa Sanchez Vicario’s 1998 French Open title the previous time a Spaniard claimed a major. 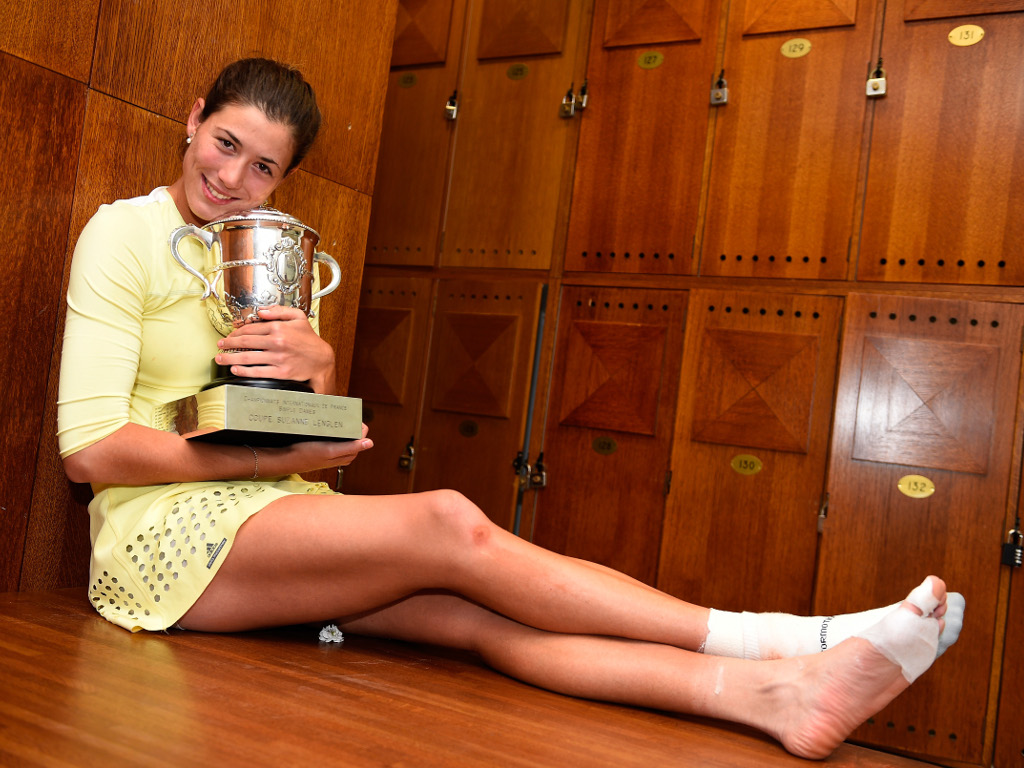 The following year she doubled her Grand Slam tally when she beat Venus Williams at Wimbledon and thus became only the second Spanish woman after Conchita Martinez to win at SW19.

3. Not a bad doubles player
Most top players tend to shy away from doubles these days, but Muguruza has won five WTA doubles titles in her career and reached the semi-final of the 2014 French Open and final of the 2015 WTA Finals, both while partnering compatriot Carla Suarez-Navarro.

4. She likes to cook up a “sweet” storm
The official WTA site lists her hobbies as cooking, reading and listening to music.

In an interview in Sports Illustrated in 2014 she revealed: “I only cook sweets. Anything with sugar, not with salt. Cakes and cookies. Oreo brownie is the best one.”

5. She wants a selfie with Beyonce
In the same SI interview, she was asked who she would like to take a selfie and replied: “Someone so famous for sure. And not from tennis. I cannot say Lindsay Lohan. [laughs]”.

When pushed, she added: “Oh, Beyonce. That’s a good one. I say Beyonce.”

6. Reggae
Staying with music, she loves reggae music when relaxing. However, it’s a different story when she is getting ready for a match as she told Outside the Ball she listens to dance music that gives her energy.

7. She loves cars, but maybe don’t get into the passenger side
“I love cars. I also have two brothers who are very into cars,” she once said, but also revealed: “I am a risky driver. My mum says: ‘Garbine, you’re going to have an accident, I’m telling you.’ I’m like: ‘Relax. It’s not true.’ I haven’t got a speeding ticket – yet. I know where all thе speed cameras are.”

Although she is a brand ambassador for Mazda, she had her heart set on the Porsche 718 Boxter S sports car that is given to the winner at the Porsche Tennis Grand Prix (Stuttgart Open) every year.

“My father puts pressure on me: ‘You’re going to get that car – for me.’ It’s a good motivation, obviously. All the top players come here and we’re all excited about the car,” she told The Independent ahead of this year’s tournament, but sadly she lost in the second round.

8. Weird nicknames and not so weird nicknames
Her father used to call her mushroom, “because they look sometimes pretty, but inside, if you eat them you’re like dead. These ones are red.”

Chinese fans also call her mushroom as her name sounds like mushroom in Chinese.

Of course, she also has the unimaginative nicknames like Garbi and Mugu.

Meanwhile, Agnieszka Radwanska gave her the nickname “The Bomb” because of her aggressive style. 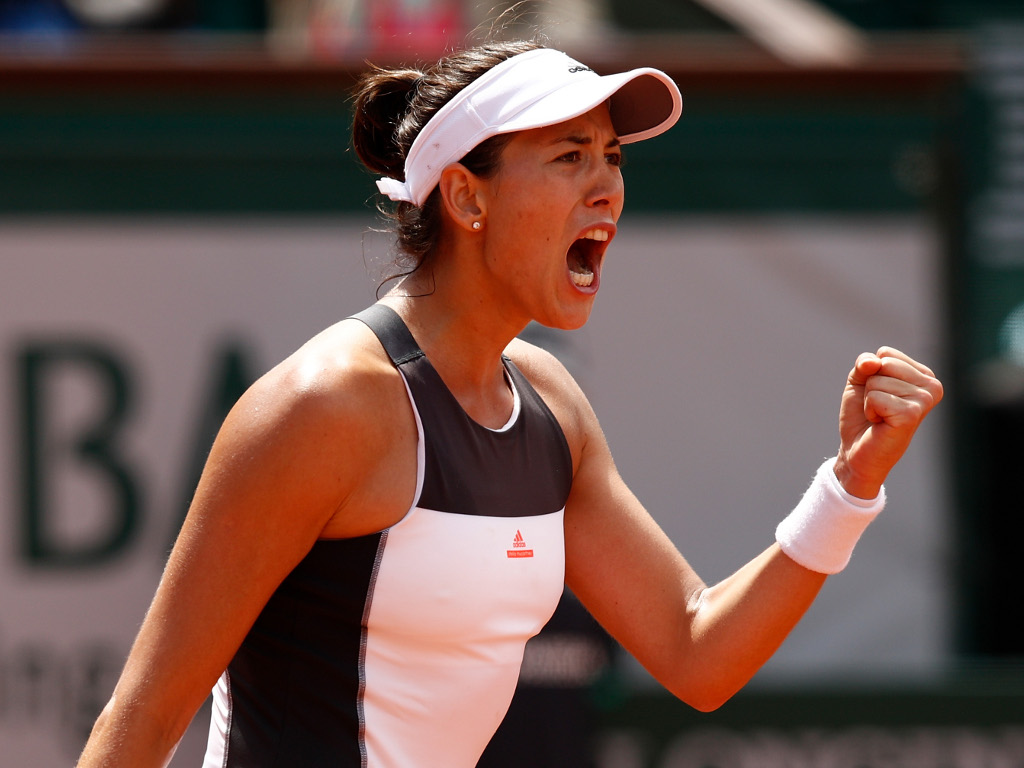 Sticking with her aggressive style, she believes she doesn’t play the traditional Spanish way.

“I think my style of game and my way of playing is not at all Spanish. I’m just the opposite. They sometimes say I must be Russian,” she told Telegraph Sport.

“It’s true that my body’s not small and my style is not defensive. I am aggressive and I am tall.”

10. Philanthropist
She is an ambassador for the Room To Read NGO and her key areas of focus are early grade literacy and equal access to secondary education for girls.

Earlier in 2018 she helped raise funds for a project in Cambodia that teaches impoverished children to read.

“I feel like I want to help and that’s why I’m involved with Room To Read. We have built a library in Cambodia. I want to help the kids who have nothing,” she is quoted as saying by Daily Mail.

You can donate to the cause by visiting Roomtoread.org.