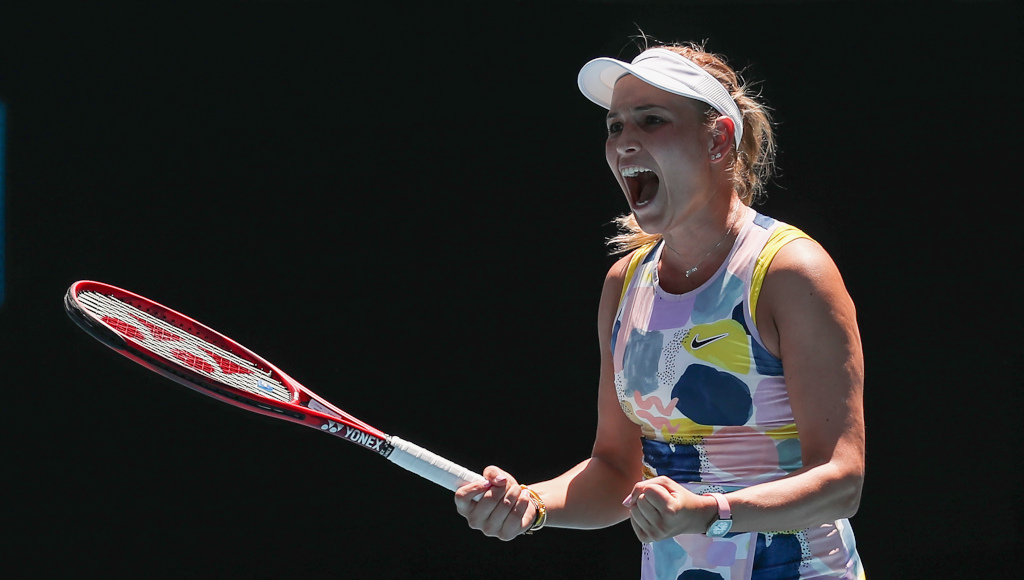 Normal tennis service resumed on Monday following the enforced break as the Palermo Ladies Open marked the restart of the WTA Tour.

As part of the new normal for tennis, only a handful of spectators were allowed to attend the match, players were not allowed to greet each other at the net as they only touched rackets and there were no handshakes with the chair umpire.

World No 24 Donna Vekic then became the first player to taste success in a WTA main draw match in nearly five months as she held off Arantxa Rus 6-1, 6-2 in the opening round on the clay in Sicily.

The sixth seed required only one hour and 15 minutes to ease past the Dutchwoman, breaking three times in both sets although Rus did get one break in the second set.

“I’m definitely a little bit surprised [at the score],” Vekic said after the match. “It was very tricky conditions, it was very windy so the ball was a little bit all over the court.

“I’m just definitely happy that I didn’t forget how to play tennis, how to play matches, how to win. It’s a huge relief.”

The Croatian will play wildcard Elisabetta Cocciaretto in the second round after the 19-year-old Italian beat Polona Hercog 7-6 (7-1), 6-3.

Laura Siegemund from Germany also booked her place in the second round as she secured a 6-3, 6-4 win over Romania’s Irina-Camelia Begu while eighth seed Ekaterina Alexandrova beat Kristina Mladenovic 5-7, 6-1, 6-0.

Local hero Sara Errani won a marathon match against Romanian Sorana Cirstea as the duo battled it out for nearly three hours before the Italian won 7-5, 1-6, 6-4.

Errani will face Kristyna Pliskova for a place in the quarter-final after the Czech upset third seed Maria Sakkari 6-4, 6-4.