‘The pain was becoming too severe,’ says Ashleigh Barty as her retirement sends Coco Gauff into semi-final 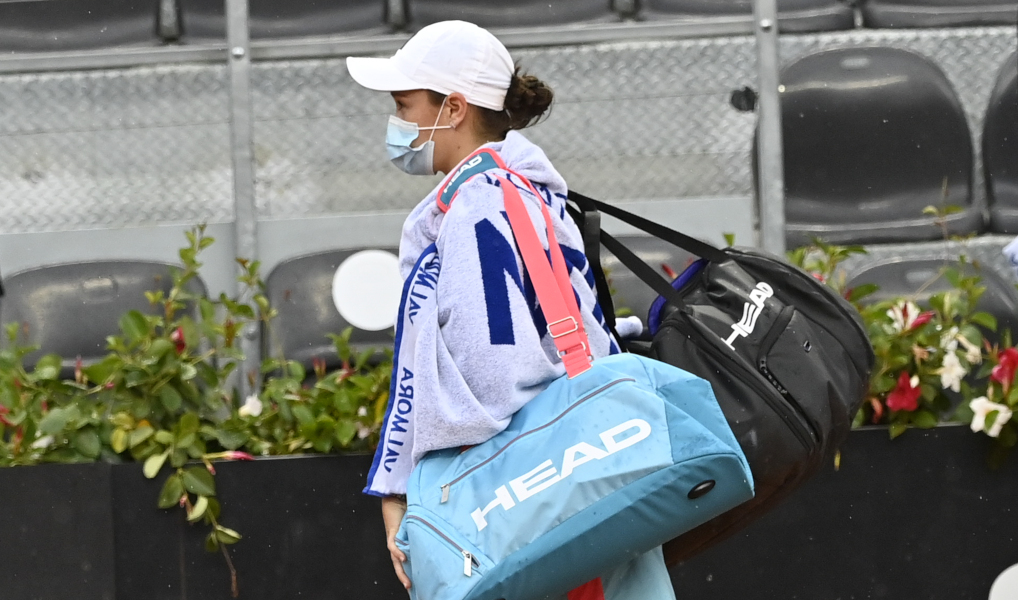 Coco Gauff reached her maiden WTA 1000 semi-final after Ashleigh Barty retired from their Italian Open quarter-final encounter due to an injury.

Barty, who went into the clash with 15-2 record on clay this season, was leading 6-4, 2-1 when she decided to throw in the towel.

The world No 1 started the match with her left thigh strapped heavily, but without anything any additional protection on her arms. However, following a long rain delay in the first set she emerged with a compression sleeve on her right arm.

After Gauff broke in game three of the opening set, Barty pegged the American back immediately in the next game and then claimed the crucial break in game 10.

The Australian requested treatment on her arm at 2-1 in the second set, but eventually decided to retire.

🇺🇸 @CocoGauff progresses to the @InteBNLdItalia semifinals after Barty is forced to retire through injury in the second set. pic.twitter.com/ZE0o45FMjD

With the French Open only two weeks away, Barty admits she had to “listen” to her body.

“It became worse while we were playing,” she said. “So I think that’s the challenging thing is to make the decision to stop. It’s never nice. It’s the thing that I hate the most is not being able to finish a tennis match.

“But the pain was becoming too severe, so it was important that I listen to my body and of course try and do the right thing, knowing that we have a Grand Slam in two weeks’ time.

“I hate withdrawing. I hate pulling out of a match halfway through. It’s not in my makeup, not what I like to do, but it was really important today that I listen to what my body was telling me to make sure that in a couple weeks’ time we’re good to go.

“It’s something I have had to manage over my career. It’s an injury that began when I was quite young, when I was 15 or 16 years old. It just pops up every now and again.

“I think the conditions today certainly didn’t help that, but I mean, we’re confident we know how to manage it, so we just kind of move on and know that the right decision was made today, as hard as it is.”

Gauff will face either reigning French Open champion Iga Swiatek or Elina Svitolina for a place in the final.

Former champion Karolina Pliskova and Petra Martic will contest the other semi-final after the former came from a set down to beat Jelena Ostapenko 4-6, 7-5, 7-6 (7-1) while Martic beat Jessica Pegula 7-5, 6-4.