‘The struggle was real out there,’ says Petra Martic after battling to victory in Palermo 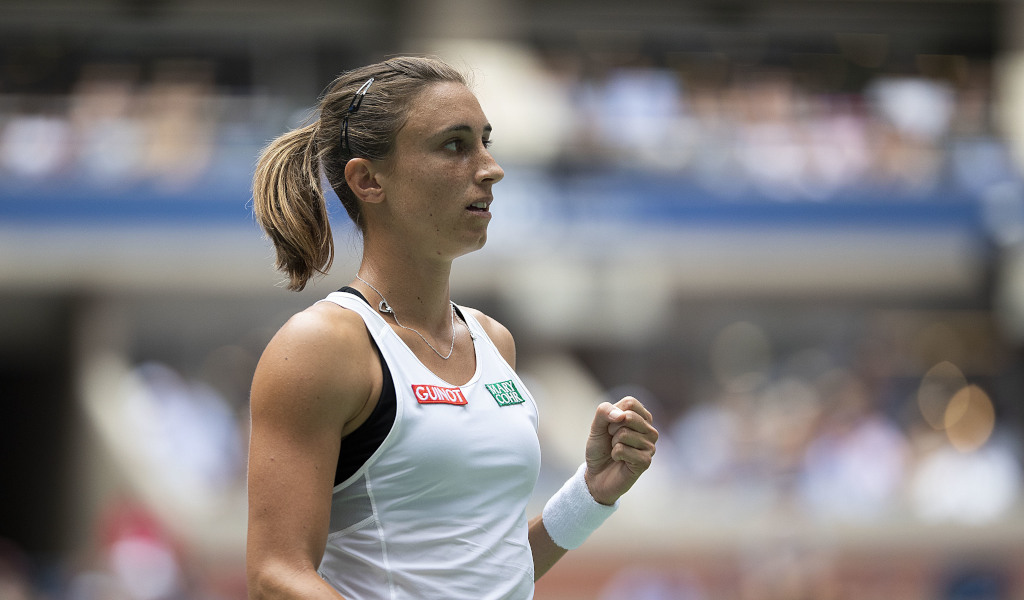 She “didn’t really enjoy herself”, but Petra Martic showed all her fighting qualities to reach the quarter-final of the Palermo Ladies’ Open.

The top seed found herself a set behind against qualifier Liudmila Samsonova, but bounced back to beat the world No 117 from Russia 5-7, 6-4, 6-2 in two hours and 25 minutes.

An ace and a smile 😀

The first set was nearly an hour with Samsonova claiming the single break in game 12, but Martic broke twice in each of the next two sets to set up the win.

“The struggle was real out there today,” the Croatian said. “I think [Samsonova] played really good. She’s not the type of player I like to play. She plays really fast, flat, low, on this court it can be tricky with bad bounces.

“Overall I really didn’t really enjoy myself. I was just going to have to fight.”

She will face Aliaksandra Sasnovich for a place in the semi-final after the Belarusian beat Jasmine Paolini from Italy 6-0, 6-2.

Fourth seed Anett Kontaveit didn’t have it as easy as she also lost the opening set before defeating Germany’s Laura Siegemund 3-6, 6-2, 6-2.

“I’m very happy to be in a quarterfinal after so long of playing no tournaments,” Yastremska said. “It was a good match, starting pretty late. All day, I had to be very focused to stay in a good way with the mind.”