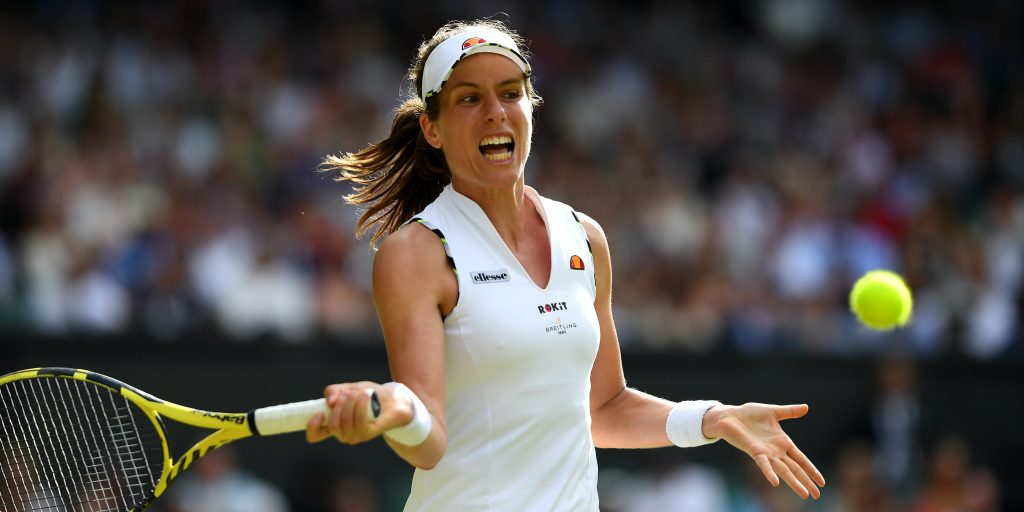 British No 1 Johanna Konta should not feel she needs to play “perfect tennis” to make at impact at the US Open, according to Tim Henman.

Konta, the world No 15, continued her build up to the Grand Slam event with a 6-4, 6-2 win against Vera Zvonareva to reach the quarter-finals of the Western & Southern Open in New York.

The 29-year-old has been back in action just a fortnight after needing medical help during a first-round exit at the Lexington Open which was her first competitive match since lockdown began in March.

Henman, who is part of Amazon Prime Video’s exclusive coverage of the US Open, believes if Konta focuses on her all-round strengths, then the Briton can make real progress in the main draw at Flushing Meadows.

“She did not have a particularly good start to the year, and therefore with this extended break you can almost wipe the slate clean and say: ‘OK, we start again,” Henman told the PA news agency.

“She is in a new coaching relationship with Thomas Hogstedt and has been impressive with the way she has been playing.

“With Jo, at times it seems it is slightly ‘all or nothing’. What she has got to understand is that she doesn’t need to play perfect tennis because she has got such a good game.

“If she is solid and plays at seven-and-a half or eight out of 10, then it is going to be good enough to beat a lot of players.

“Against the very top ones, she will need to up her game. But to bring that consistency, if she can maintain those levels for long periods, then I can’t see any reason why she can’t be back in the top 10.”

Defending women’s champion Bianca Andreescu has opted not to travel to the Grand Slam event, which is to be played in a bio-secure bubble.

Jelena Ostapenko has withdrawn from the US Open.

Whitney Osuigwe moves into the main draw and Katrina Scott will receive a wild card.

Serena Williams, though, will be chasing a 24th Grand Slam singles title to match the record of Margaret Court.

Despite having no home fans to cheer her on in New York, Henman believes “unbelievable competitor” Williams will have plenty of inner challenges to overcome.

“Once you get to the latter stages of a Grand Slam, and she is trying to equal Margaret Court’s record, I think that is going to be very draining on her,” the former British number one said.

“Her (performance) level has been good, but that is one area that I look out for.”

Henman, 45, reached the semi-finals of Wimbledon four times during his playing career, thriving off the Centre Court atmosphere at SW19.

With no spectators, Henman feels the 2020 US Open could prove to be a much more level playing field for all involved.

“There is very much two sides to that coin,” he said. “For the American players and the very top players, I think it is a little bit of a disadvantage because they don’t benefit from that crowd support.

“For the lesser players, and certainly the inexperienced players, there is much less of an intimidation factor.

“Before, when you are on the big stages, going out there in front of what can be up to 24,000 people in New York, that is an occasion, which really does take getting used to.

“But if it is an empty stadium. It is a totally different kettle of fish and slightly levels the playing field.”