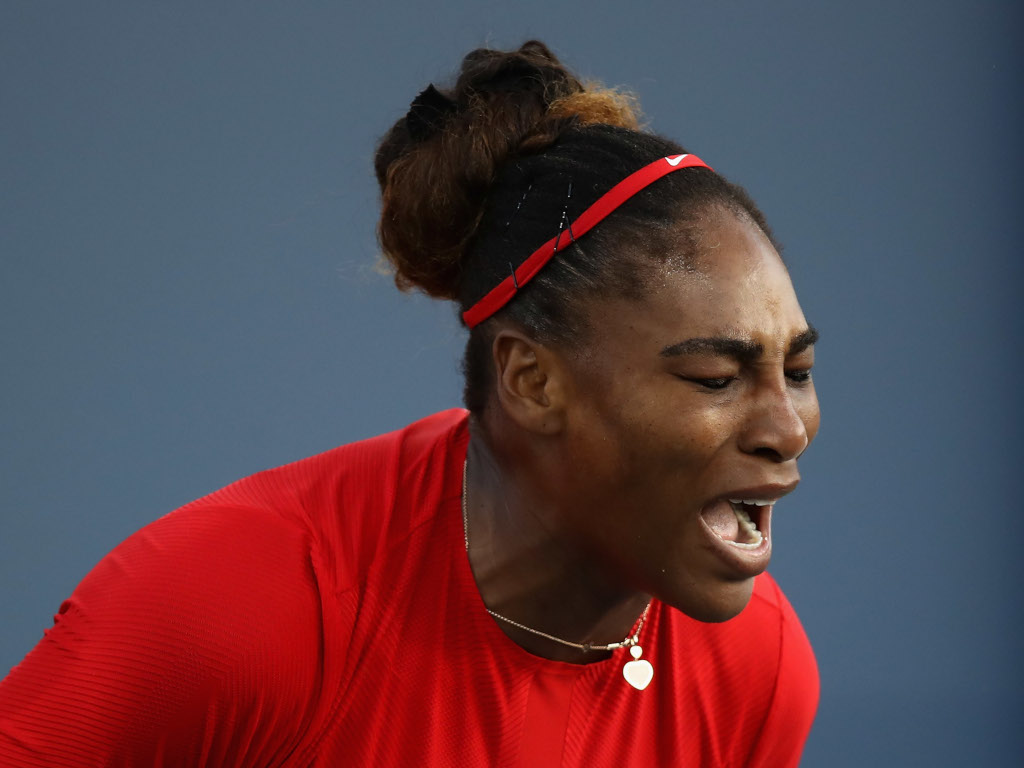 We look at the top 10 worst defeats that Serena Williams has suffered during her WTA Tour career.

Number one on the list is no surprise after her match against Johanna Konta at the Silicon Valley Classic, but there are one or two surprises below.

Note: Williams lost quite a few matches where she won only four games and so we decided to go the higher WTA Tour profile events. Also, the list doesn’t include retirements, which means her 2007 Zurich Open match against Patty Schnyder doesn’t feature. Williams trailed 6-0, 3-0 before she retired.

Just weeks after suffering a disappointing 6-1, 6-4 defeat to Maria Sharapova in the Wimbledon final, Williams reached the final of the JPMorgan Chase Open in LA.

She was the top seed and had beaten fellow American Lindsay Davenport in their four previous encounters, but it was the third-ranked Davenport who came out on top this time as she dropped only four games.

Williams made 29 unforced errors, compared to 12 from Davenport.

“One unforced error for me in the first set is a miracle. I was in control of the points, which I had a difficult time doing against her in the past,” Davenport said.

“Luckily, her serve didn’t faze me. Usually, if Serena’s serve is on, I’d be in trouble. I was happy that I got a lot of her serves back.”

9. Victoria Azarenka 6-3, 6-1 – Miami in 2009
Nineteen-year-old Victoria Azarenka took on defending champion Serena Williams in the final of the Sony Ericsson Open and it was the Belarusian who secured a resounding win.

The American, who was the world No 1 at the time, was playing with a heavily strapped left thigh and was beaten in 71 minutes.

“I’m not one to make excuses, I just want to give Victoria credit today, that’s all I can say,” Williams said after the match.

8. Garbine Muguruza 6-2, 6-2 – Roland Garros in 2014
Defending champion Williams was in good shape ahead of the 2014 French Open as she won the Miami Open and Italian Open in the build-up to the event, but she came unstuck against Garbine Muguruza in the second round.

It was Williams’ worst defeat in a Grand Slam as she committed 29 unforced errors and hit only eight winners.

“It was one of those days. You can’t be on every day, and, gosh, I hate to be off during a Grand Slam. It happens,” the American said.

7. Alexia Dechaume-Balleret 6-4, 6-0 – Indian Wells in 1997
Having lost her professional debut match against Annie Miller in 1995 (read more below), Williams only returned to the WTA Tour in 1997 and she started her season with defeat.

She won only four games in her Indian Wells Masters opener against world No 87 Alexia Dechaume-Balleret from France.

Dechaume-Balleret reached a career high of 46 in the world and failed to win any WTA tournaments.

6. Mary Pierce 6-2, 6-1 – Indian Wells in 2000
Reigning US Open champion Williams arrived in Indian Wells on the back of winning the Faber Grand Prix in Germany in February and she beat Kim Clijsters in the round of 16 to reach the quarter-finals.

She was then dispatched in 57 minutes by Mary Pierce, who made just one unforced error in the first set and eight in the second.

“I’ve never seen her make that many shots that consistently,” Williams said. “Every ball that I put in play she had a shot.

5. Arantxa Sanchez Vicario 6-2, 6-1 – Sydney in 1998
The 16-year-old Williams kicked off her 1998 season in impressive fashion as she made it all the way to the semi-final of the Sydney International, beating world No 3 Davenport en route.

But then she came up against a much more experienced Arantxa Sanchez Vicario and the Spaniard was in no mood to hand out any free points, dropping only three games during her victory.

Vicario went on to win the tournament as she beat Venus Williams 6-1, 6-3 in the final.

Unsurprisingly Halep described the win as “was my best match of my life”.

It was only the eighth time during her professional career that Williams had lost a set 6-0.

However, a few days later Williams avenged the defeat as she beat the Romanian 6-3, 6-0 in the final of the year-end tournament.

The 16-year-old Williams, ranked 42 in the world and playing in only her ninth pro tournament, arrived in Oklahoma City on the back of a second-round loss at the Australian Open, but she won her opening two matches on home soil before being unceremoniously dumped out by Kruger.

It was the second-worst defeat of her professional career at the time.

2. Annie Miller 6-1, 6-1 – Quebec City in 1995
A 14-year-old Serena Williams made her WTA Tour debut at the Bell City Challenge in 1995 and it was a humbling experience as she won just two games against fellow American Annie Miller.

“I felt bad out there because I lost,” Williams said after the match

Miller did an interview with ESPN Women about the match back in January 2015.

Fresh from a Wimbledon final appearance, many felt it would be an easy victory for Williams, especially with Johanna Konta in poor form.

However, the British No 1 produced one of her best displays as she dispatched the 23-time Grand Slam winner in 53 minutes.

Williams won the opening game of the match, but Konta won the next 12. The American committed 25 unforced errors and landed just 41 percent of her first serves.