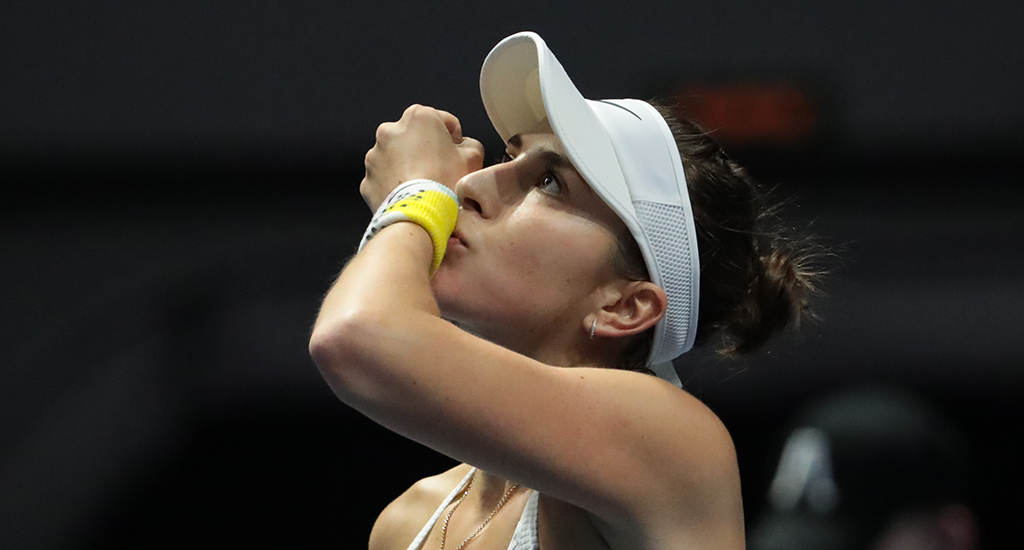 Belinda Bencic will reach a career-high world ranking of four on Monday despite losing in the St Petersburg quarter-finals to Maria Sakkari.

Bencic, the top seed, broke Sakkari twice as she raced into a 5-1 lead in the opening set before serving out to take it 6-2.

But Sakkari rallied and, after losing her serve to go 2-1 down in the second set, broke the Swiss twice to level the match and then repeated the trick in the decider to close out a 2-6 6-4 6-3 victory.

Ekaterina Alexandrova completed the semi-final line-up with a walkover victory over third seed Petra Kvitova, who pulled out through illness.

At the Thailand Open, top seed Elina Svitolina was dumped out in straight sets by Nao Hibino, who secured a 6-4 6-2 win.

And the Ukrainian was not the only leading contender sent packing, as third seed Qiang Wang and fourth seed Saisai Zheng were also beaten.