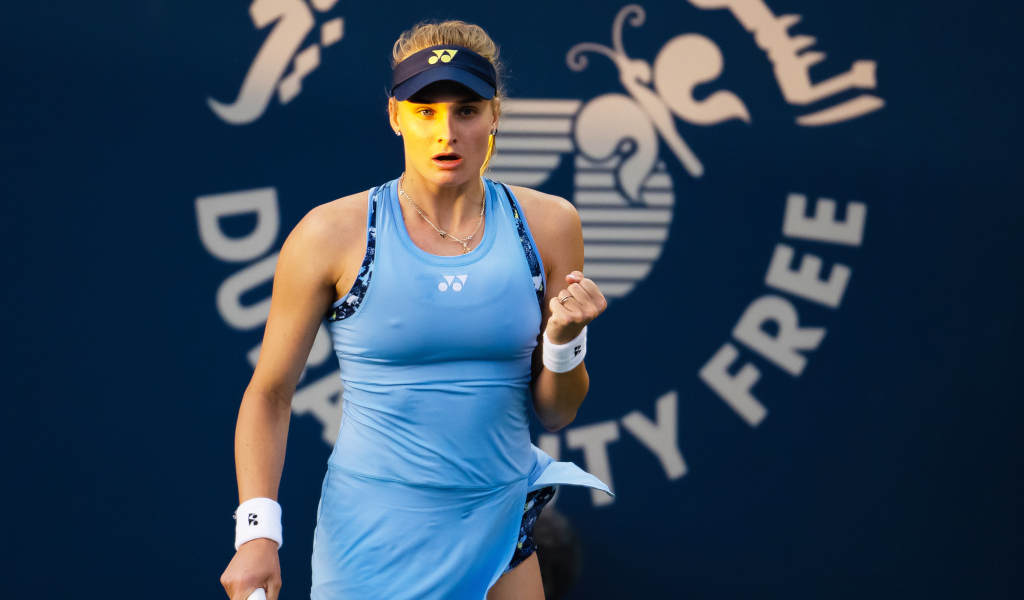 Two of Ukraine’s top women’s players will appear on court on the WTA Tour this week but Elina Svitolina and Dayana Yastremska would be forgiven distraction.

Yastremska fled her hometown of Odessa just before the full force of the Russian invasion was felt while Svitolina had been active on the WTA Tour and following developments in disbelief.

Svitolina is the top seed at this week’s Monterrey Open in Mexico and said she was heartbroken and felt powerless to help her friends and family back home.

“Everyone is terrified, everyone is heartbroken,” Svitolina told Eurosport.

“My family is there. Lots of my friends who didn’t leave the country are there.

“They are fighting for their life, some of them are fighting for our country. It takes a lot of courage and it’s unbelievable that some people actually took weapons in their hands and went to fight for our land.

“I have my parents there, I have my grandmother, I have my uncle, my aunt. I try to talk with them quite constantly because it’s really important to keep the contact with them, how I can help them.

“The most painful thing I would say is that I feel completely useless because I want to help them. I want to do something for them. Some of my friends are without electricity, without water, without food. They are really struggling.”

Yastremska tweeted from France ahead of the Lyon Open, that it was difficult to think of Tennis with mind occupied with thoughts of the home she fed just days ago.

It’s hard to be on the court when all thoughts about Ukraine, and family 💙💛 😓🥺🙏🏼#nowar #ukrainestaystrong pic.twitter.com/5ClsiZFPRs

Yastremska and her sister Ivanna made it safely to France via Romania but their parents remain in the Ukraine.

“After spending two nights in the underground parking, my parents made a decision at any cost to send me and my little sister out of Ukraine!” she wrote on Instagram on Friday.

On Saturday shared a post saying: “Tired, but my sister and I are safe. Thank you France. Ukraine stay strong. We miss you Home, Mum and Dad.”

The sisters will compete in the Lyon Open doubles first round on Monday and Dayana will face Romanian Ana Bogdan in the Round of 32 in the singles.