Ukraine news: Dayana Yastremska says her heart is at home after win in France 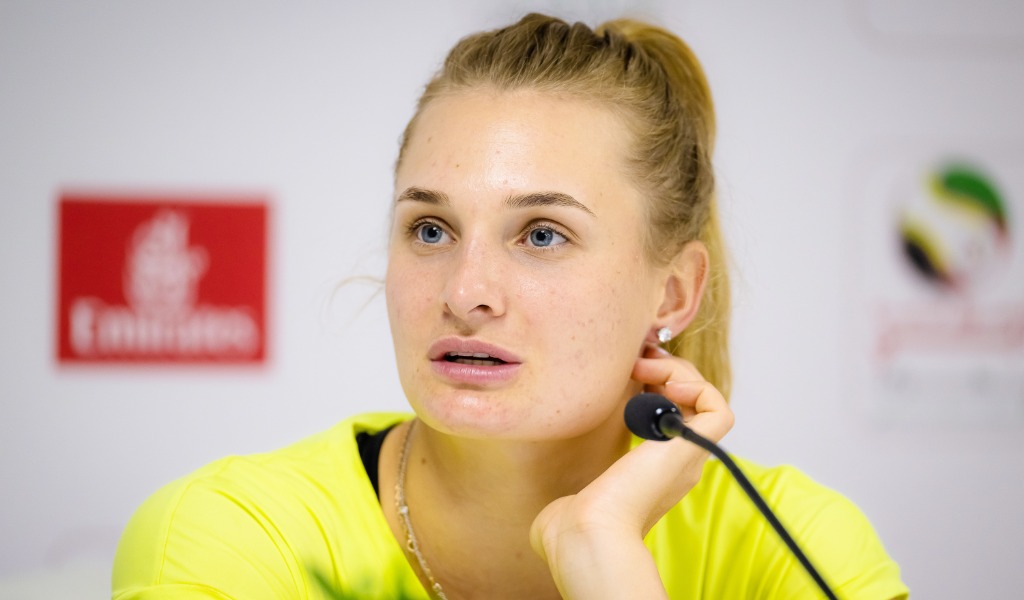 Dayana Yastremska draped herself in the Ukrainian flag after winning her opening match at the WTA tournament in Lyon four days after fleeing the war in her homeland.

Yastremska, 21, and her 15-year-old sister Ivanna spent two nights sheltering in an underground car park before being sent to safety in France by their parents, who remain in Odesa.

Yastremska saved match points in both the second and third sets and she collapsed to the court after clinching victory before sharing a heartfelt embrace with Bogdan.

Yastremska then wrapped herself in the Ukrainian flag for her post-match interview, where she said: “Definitely I’m going to remember this match.

“I just came from the country where the war is and there is my family. It was very tough emotionally. I wish I could be now at home there in my country but my father made a decision to bring me here.

“I’m happy that I won for my country but at the same time I’m very sad. I want to say thanks for the support. When I just arrived in France, a lot of people texted me with their support and with any help. It was amazing today.

“My heart stays at home and my mind is fighting here, so it’s very difficult to find the concentration, to find the balance.

“This win compared to what is going on in my country is nothing but I’m happy at least I’m also fighting. I’m very proud of the Ukrainians. They’re really heroes and I wish everything is going to finish soon.”