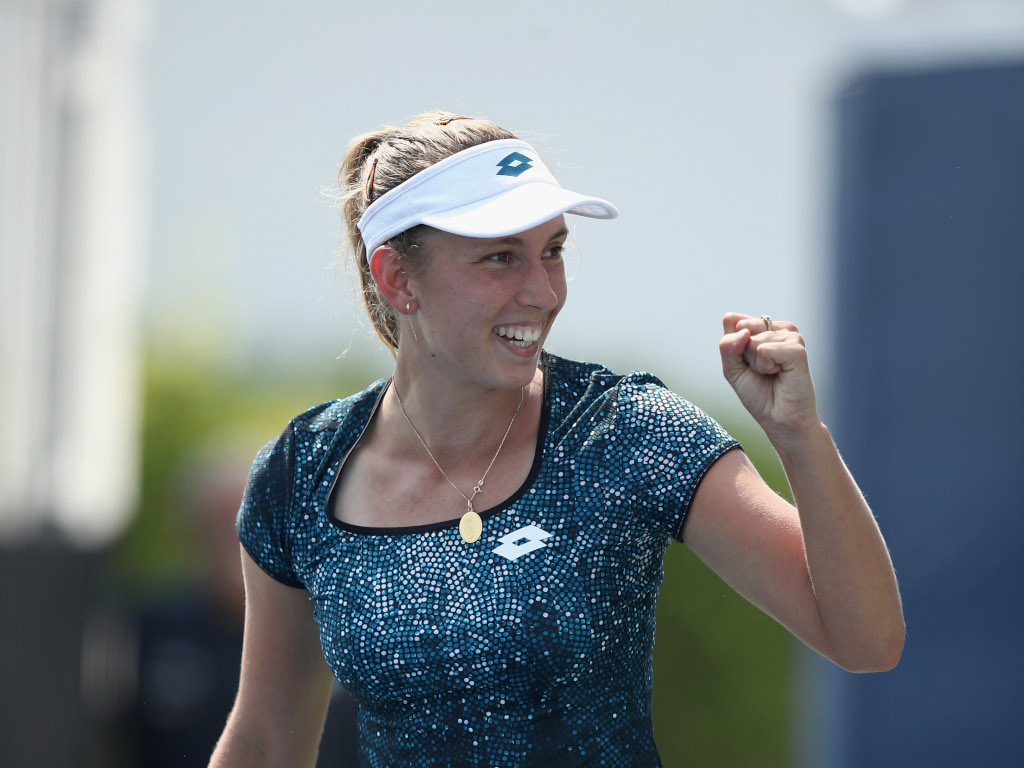 Venus Williams and Johanna Konta crashed out of the Silicon Valley Classic on Friday.

Third seed Williams was in charge early on against Maria Sakkari as she broke early to take a 3-0 lead, but she couldn’t build on it and the Greek player stormed back to win 6-4, 7-6 (7-2).

World No 49 Sakkari will face another American in Danielle Collins, who advanced after Victoria Azarenka retired injured, in the semi-final.

Former world No 1 Azarenka won the opening set 7-6 (7-4), but was trailling 3-0 in the second set when she threw in the towel due to a back problem.

“I’m not entirely sure what happened, but it’s never fun winning a match like that,” Collins said after the match. “Hopefully [Azarenka] can get back on the horse pretty soon.”

The Belgian, who has already won four WTA Tour singles titles this year, overturned a 2-5 deficit in the opening set to beat the Briton, who had accounted for Serena Williams’ exit in the opening round.

Mertens will face fifth-seeded Mihaela Buzarnescu for a place in the final after the Romanian beat Alja Tomljanovic 6-1, 7-5.