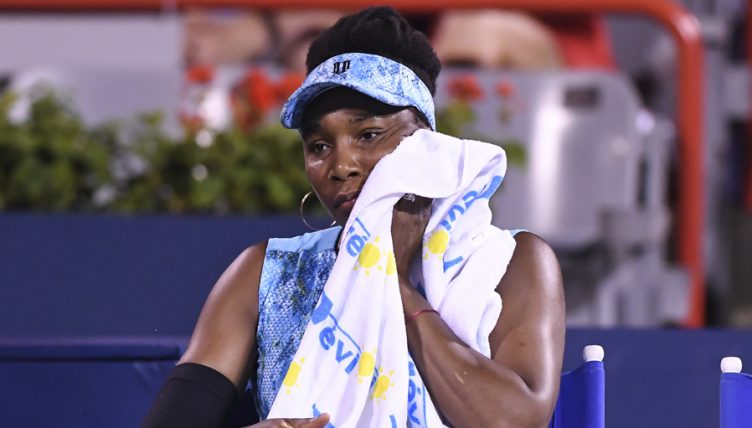 Venus Williams’ US Open participation is under question after she pulled out of the Cincinnati Open with injury.

The former world number one was set to make her eighth appearance in the tournament, although she is yet to reach a final.

Williams was seen with heavy strapping around her right knee when she lost to Simona Halep in the Rogers Cup, and that’s the injury that appears to have prompted her withdrawal.

“I’m really sorry that I have to withdraw from the Western & Southern Open in Cincinnati,” Williams said in a statement.

‘I have years left in me,’ insists @RafaelNadal as he dismisses talk of retirement plans.https://t.co/M06SF8y6R8 pic.twitter.com/G9Q8UMf8vZ

“It’s one of my favorite stops on the WTA Tour and the fans are always amazing there.

“I will miss not being able to play in front of my home supporters but look forward to hopefully returning in 2019.”