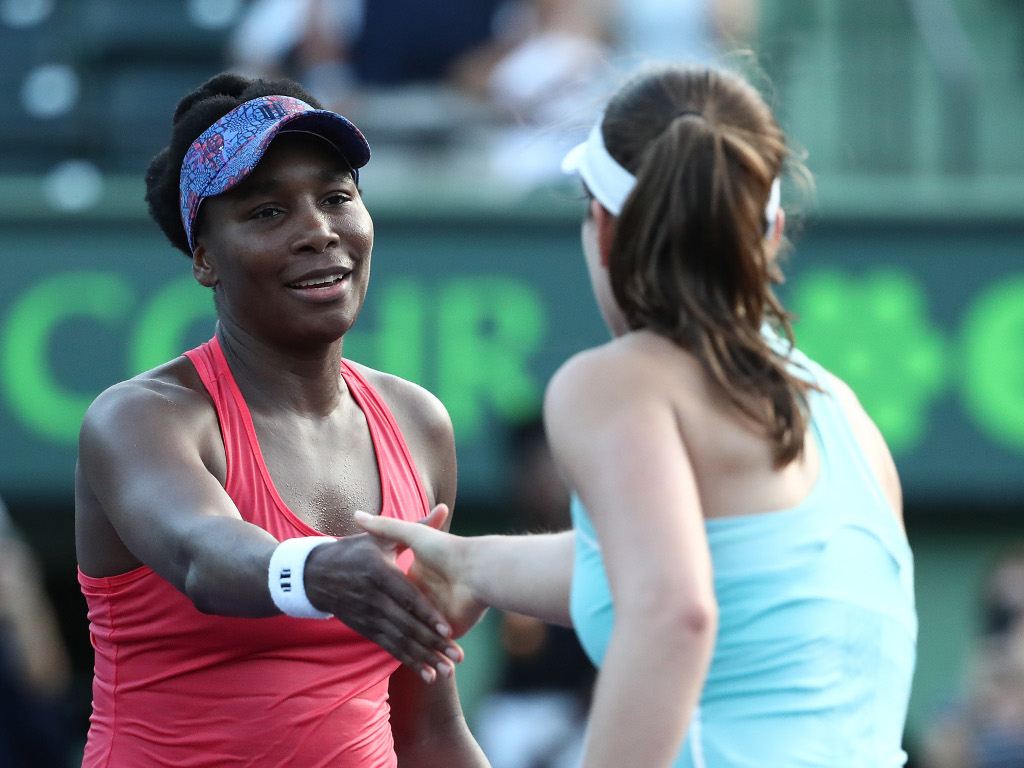 Venus Williams came from a set down to beat defending champion Johanna Konta at the Miami Open.

Just a day needing three hours to defeat Kiki Berterns, the American again had her work cut out for her, but eventually prevailed 5-7, 6-1, 6-2 in two hours and 19 minutes.

She does it again!°@VenusesWilliams comes back and advances to @MiamiOpen quarterfinals!

Konta claimed the crucial break in the 11th game of the opener, but she struggled after that as she was broken twice in the second set and three times in the decider.

The British No 1 also received treatment to her lower back on a couple of occasions.

“The first set was definitely all her, and she came up with some amazing shots to break me at 5-5,” Williams said after the match. “There was not much I could do there, except just hope I could keep up in the second and third sets.”

She added: “She couldn’t get a rhythm to her game which helped me but everyone I play makes it tough against me so there are no easy matches.”

She will be joined in the quarter-final by her compatriot and reigning US Open champion Sloane Stephens, who beat Wimbledon champion Garbine Muguruza 6-3, 6-4.

The winner of that encounter will move into the WTA top 10, something which Stephens is eager to tick off her list.

“I will be happy, because I’m tired of people saying, ‘And her career high ranking is 11 in the world,'” joked Stephens. “Hopefully one of these days, sometime soon, I’ll be able to break it… It will be a good step. That one spot will really determine a lot of things.”

“I played my game, and I was doing what was working,” Azarenka said. “I was aggressive, I was using my opportunities to step up, and I put pressure.

“I’m pretty happy that I was able to play consistent throughout the whole match.”