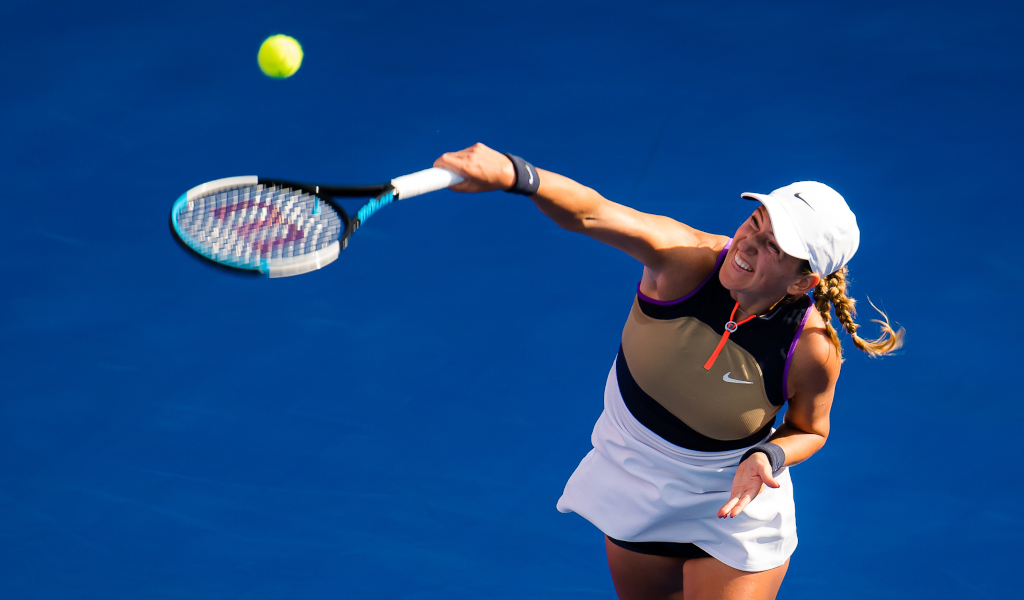 In the battle of the former world No 1s, Victoria Azarenka was too strong for Elina Svitolina as she moved into the semi-final where she will meet Garbine Muguruza.

While the 6-2, 6-4 scoreline suggests a straightforward match, Azarenka was hampered by a back problem and required medical treatment.

The Belarusian broke three times in each set, although the top-seeded Svitolina managed one break in the opening set and two in the second.

Hindered by a back injury, @vika7 finds a way through to the #QatarTotalOpen2021 semifinals with a 6-2, 6-4 victory over top seed Svitolina! pic.twitter.com/AV4cADOP3c

“In the warm-up, I just felt a very sharp pain and I was very worried,” Azarenka said. “I tried my best. I really tried to just focus on what I could do, and not think about anything else, and try to find solutions and use every opportunity I had to play.

She continued: “I just tried to play point by point and not think about the score, how long it’s going to take to play, if it’s going to be two sets or three sets. I’m really proud of the way I handled it mentally and how I approached this match.”

The two-time Grand Slam winner will face another former world No 1 in Muguruza after the Spaniard beat Maria Sakkari 6-3, 6-1 in just over an hour.

Muguruza broke three times in the first set and twice in the second.

Watch out for @GarbiMuguruza in Doha 🚨

The 🇪🇸 takes down Sakkari 6-3, 6-1 to set up a semifinal showdown with Azarenka on Friday!#QatarTotalOpen2021 pic.twitter.com/d0zJzDQhnC

“Probably when I had the opportunity, I took it,” Muguruza said. “I just went for the point and converted those break points and could close the match when I had the moment for it.”

Petra Kvitova moved into the last four with a 6-3, 3-6, 6-2 victory Anett Kontaveit with American qualifier Jessica Pegula standing in her way of a final appearance.