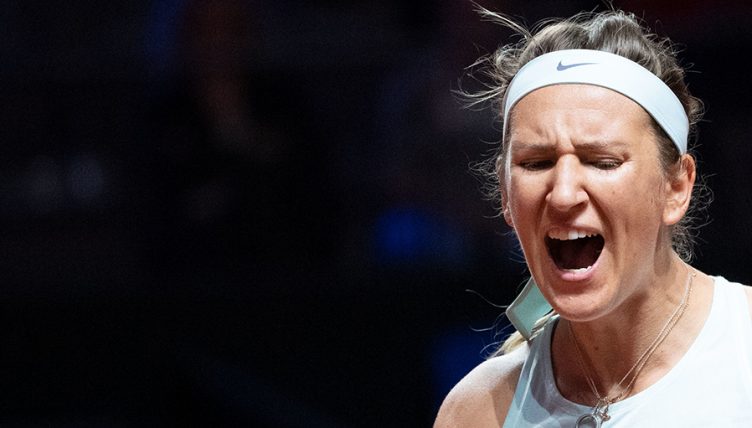 Victoria Azarenka battled her way into the quarter-finals of the Porsche Tennis Grand Prix in Stuttgart before insisting the men’s game should ditch their occasional five-set format to help end any debate on equal pay in tennis.

The former world number one recovered from losing the first set against defending champion Karolina Pliskova to claim a fine 4-6, 6-3, 6-4 win in Germany.

However, afterwards she took to social media to tackle what she perceives as an unfair pay-gap in tennis.

Men should just play best of three in my opinion! Will be much better quality of tennis and hopefully no ruined finals or semifinals because of the exhaustion… like has happened quite a bit https://t.co/KLafGS3Bzn

Why wouldn’t there be those matches? So in your opinion there never been an amazing 3 set match for the history books? Really?
Makes not that much sense to me. But that’s my opinion. I’m not trying to change yours https://t.co/RNswWXJUE7

We just had a new rule added to shorten matches with a time clock. What you talking about makes zero sense and has no facts. And I will ask how many spectators in the stadium have set thru the entire 5 set match. Go.. I’ll wait https://t.co/au0IuxrcR7

All I’m saying is different people like different things, so if it’s not what you like just go on and move along and do what makes you happy. But stop forcing what you like or your opinion on other people. Voice your opinion and be free, but it’s okay to disagree, just be nice