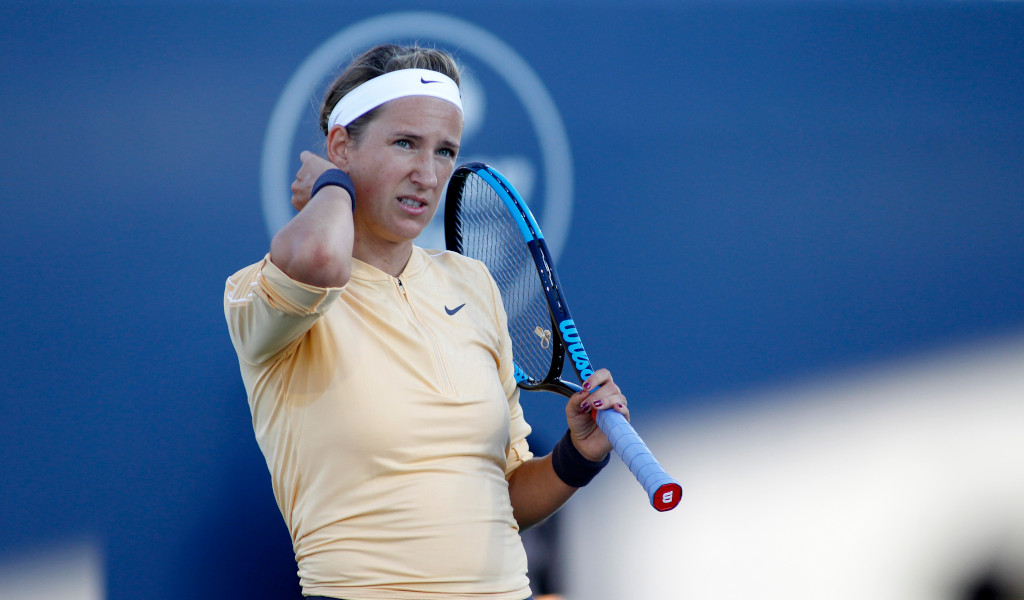 Former World No 1 Victoria Azarenka has shut down her social media presence after her exit from the Indian Wells Masters.

Azarenka struggled to hold back tears throughout her third round match against Kazakhstan’s Elina Rybakina.

Rybakina and the chair umpire were clearly flustered by the display from Azarenka.

The Belarusian is competing under no flag, as per the requirements set out by tennis’ governing bodies.

In a message posted ahead of Indian Wells, Azarenka posted a message denouncing the war.

“I am devastated by the actions that have taken place over the last several days – against – and in Ukraine,” Azarenka wrote on Twitter.

“It’s heartbreaking to see how many innocent people have been affected and continue to be affected by such violence. Since my early childhood, I have always seen and experienced Ukrainian and Belarusian people, as well as both nations, friendly and supportive of one another.

“It is hard to witness the violent separation that is currently taking place instead of supporting and finding compassion for each other.

“My heart is with everyone directly and indirectly impacted by this war that is causing such pain and suffering for so many. I hope and wish for peace and an end to the war.”

Rybakina appeared a little bemused by the affair after the match, but gave her opponent credit for putting up a big fight.

“For sure, tough match,” Rybakina said.

“I have to focus on my serve because it’s really a big weapon for me. Be physically ready, be patient. Here the conditions are slow. Rallies might be longer than you expect. So just be patient and try to fight and focus for every point.”

After the match Rybakina questioned the umpire’s handling of the situation, feeling they should have handed out a warning.

“No one understood what happened,” she said.

“If she would call physio or doctor, it’s one thing. But we stop for couple of minutes, then we continue to play. I guess the rules are not like this.

“You have to give warning or something.”