Victoria Azarenka said she believed her tennis career would end with pregnancy, but she is determined to leave a legacy to help other women players in the future.

Azarenka was ranked sixth in the world when, in 2016, she fell pregnant with son Leo.

In a revealing interview with the BBC, she discussed the fear she felt at the time and how it has changed her attitude on many things since. 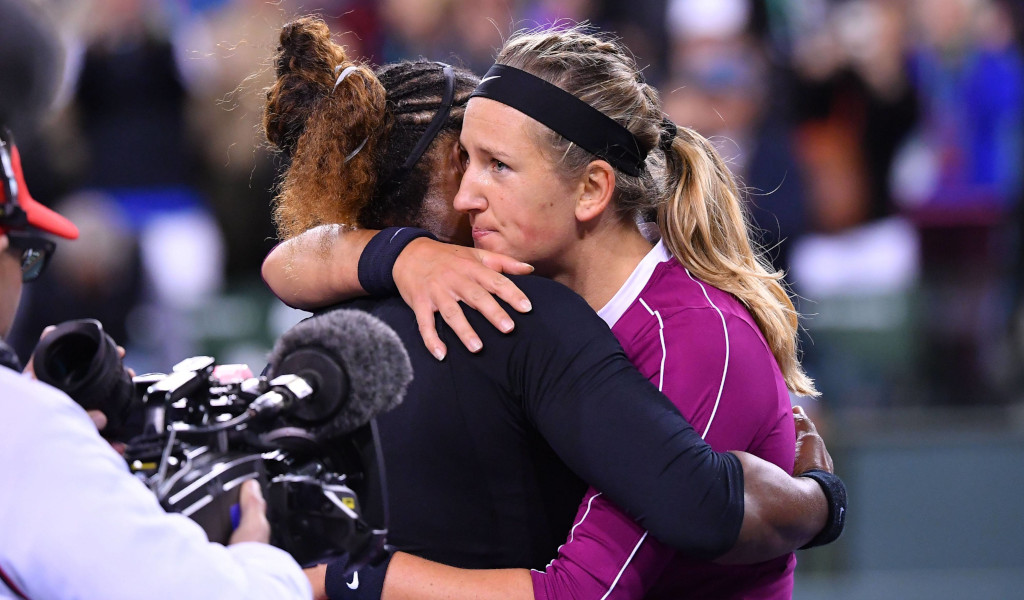 “I felt it was a blessing, but I still wanted to have my own dreams and my own career.

“I knew I was going to come back, but my first initial thought was ‘oh my god, I’m never going to play tennis again’.”

“Before my son was born, tennis was my life. I said I was going to come back because it was still so important to me to prove it to people,” she says.

“But I don’t love it that much any more, but that’s fine, because I want to be with my son every single minute of my life. But tennis is my job.”

Azarenka, along with Serena Williams, has since successfully campaigned for greater rankings protection from the WTA.

Previously, women returning after pregnancy had to return within three years and could use a special ranking for eight tournaments within one year.

From 2019, though, players will be able to use a protected ranking to enter 12 tournaments over a three year period and will be exempt from facing seeded player in an opening round.

“We have the power to change the rules and we have done,” Azarenka added.

“I think that is what I want my legacy to be, that I’m fighting for women to be more comfortable, to break those stereotypes and move the needle a little forward.

“That evolution is going to continue to break boundaries and the illusion of women in sport.”