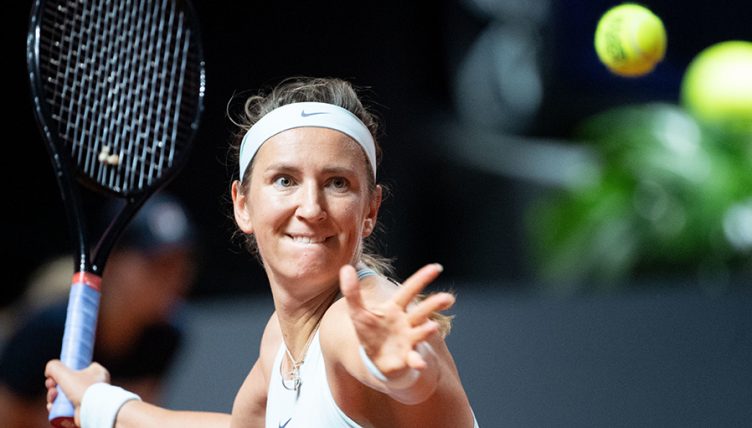 Victoria Azarenka’s Stuttgart hopes are over after a shoulder injury saw her forced to retire against Anett Kontaveit in the quarter-finals.

“Of course, it feels great to be back in the semi-finals,” Kontaveit told reporters.

“Not the way I wanted to win in the end but I thought it was quite a high level match. I was quite lucky to get through the second set somehow.”

“[Azarenka] was returning so well the whole match actually.

“I didn’t return as well as she did definitely and I think that really gave her the edge, but I just tried to stay in there as much as I could and I felt like, on these close moments, she made a couple of errors and gave me a chance to come back a little bit.”

Kontaveit will now face world number one Naomi Osaka, who beat Donna Vekic in her quarter-final. It’s a match Kontaveit is looking forward to.

“Well, [Osaka is a] great player, I think I don’t need to say that,” Kontaveit stated.

“She hits the ball really hard, she has a great serve, a great forehand, it’s definitely going to be quite fast tennis from her.

“And I’ll just have to try to stay tough and get as many balls back as I can, and then use my chances when I can to be aggressive and take the initiative as much as I can.”